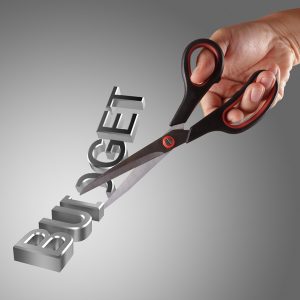 The Trump administration is doubling down on its goal of reshaping Medicaid financing and sharply reducing spending.

As we’ve noted before, the House version of the American Health Care Act would put a stop to the open-ended entitlement funding of Medicaid. States would either get a per capita cap (a yearly amount per person) or a block grant (a lump sum). The per capita cap would give states more flexibility as the economy cycles through good and bad periods. In slumps, when more people go on Medicaid, the amount would go up. The block grant amounts would rise by a pre-determined amount for 10 years, but states would have more flexibility in program design.

Overall, Medicaid spending would be cut about $880 billion by 2026. The Congressional Budget Office predicted 14 million fewer Medicaid enrollees by 2026 – that’s about a 17 percent drop compared to what would have happened under current law. (These figures are from the March CBO report on the original version of the bill – an update taking into account revisions and amendments is expected to be released on the afternoon of May 24 – watch for our post on that.)

The House bill also allows states to impose work requirements on certain able-bodied Medicaid recipients – and if it doesn’t make it into law, CMS has already said it will look favorably on state waiver requests that call for such requirements.

As we all know, the House bill may or may not survive the Senate, and it will look different. So, as unveiled on Tuesday, the Trump administration has Plan B – it’s proposing to cut $600 billion from Medicaid in its budget proposal for fiscal 2018. Initially analysts thought this was overlapping – that the budget numbers were not in addition to the AHCA numbers, but restating them. But Mick Mulvaney, director of the Office of Management and Budget, said at his briefing after the budget came out on May 23 that it was two separate proposed cuts. That amounts to about $1.4 trillion—which is huge cut. Because OMB and the CBO calculate spending growth rates differently, it may be a little less. Keep in mind that the budget documents don’t give all the details; there may be further interactions between these two proposals that bring the total down once the experts have a chance to go through it all. That is the best read from advocacy groups and budget experts as of now.