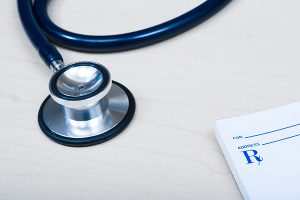 The House Republicans finally unveiled an ACA repeal bill on March 6. But they face critics on the right in both the House and Senate who have been clamoring for a bill that’s even more slimmed down.

And, in the Senate, they face a handful of Republicans (not all of whom are moderates, incidentally) from states that have expanded Medicaid – and who want those coverage gains preserved along with the federal funding that pays for the bulk of it.

So the story isn’t over – but conservatives are ratcheting up the pressure to finally repeal the law – a central promise they’ve been making to their voters since passage in 2010. For instance, FreedomWorks is planning a rally in Washington on March 15 to push for repeal.

The Republicans released the text of the bill – known as the American Health Care Act – without a “score” from the Congressional Budget Office. That means we don’t know exactly how much it will cost – or how many people it will cover. Roughly 20 million people are covered under the ACA – maybe a little less given that enrollment fell short of expectations for 2017 after President Donald Trump’s new administration cut back on outreach efforts. (An official enrollment report is due out soon from CMS.)

Here are some of the key provisions of the bill, formally known as a reconciliation bill because it’s part of the budget process. It needs only 51 votes to pass the Senate (possibly including Vice President Mike Pence as a tie breaker if needed) and cannot be filibustered by the Democrats.

Some provisions that either President Trump or Hill Republicans have been talking about – such as caps on medical malpractice awards, or allowing insurance to be sold across state lines – aren’t in this bill because they don’t qualify under the arcane rules of reconciliation or because the two committees taking up this legislation first (House Ways and Means, and House Energy and Commerce) don’t have jurisdiction over certain provisions. Expect to see some of those measures resurface in other legislation in the coming months.

Rather than pre-existing condition protections as in the ACA, it says that people have to maintain continuous coverage or else if they do let coverage lapse and then want to buy it again, they’d face a 30 percent surcharge for a year.

The bill also includes $100 billion for state grants aimed at stabilizing the individual market and addressing the problems created by sicker or lower-income individuals (such as through reinsurance),

Here’s a section by section summary from Energy and Commerce on its section and a similar summary from Ways and Means. Here’s a Wall Street Journal op-ed co-authored by the chairmen of those two House committees.