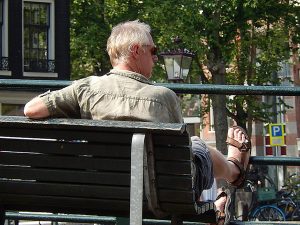 New draft recommendations from the U.S. Preventive Services Task Force (USPSTF) on prostate cancer screening for men age 55 to 69 create as much confusion as clarity.

The group now says that healthy men younger than 70 with no signs of prostate cancer should “no longer be discouraged” from checking their PSA levels. They essentially punted the decision to the individual, proposing that men determine with their doctors whether and when to undergo prostate-specific antigen (PSA) testing. Is this a good thing for medicine? It depends on perspective, and perhaps the doctor’s specialty.

Prostate cancer is the most commonly diagnosed non-skin cancer in men in the United States, 1 in 8 men will be diagnosed with it at some point in their lives, according to the Prostate Cancer Foundation. The lifetime risk for diagnosis currently estimated at 15.9 percent. It affects approximately 180,000 U.S. men every year and kills about 26,000 annually. Most cases of prostate cancer have a good prognosis – even without treatment – but some are more aggressive.

In a commentary in Stat News, Vinay Prasad, M.D., M.P.H., contended that the USPSTF is giving bad advice. “There is no proof that PSA screening extends your life, improves the years you have, or reduces your risk of dying,” wrote Prasad, an oncologist and assistant professor of medicine at Oregon Health and Sciences University.

Many men are subject to false positives or elect to undergo treatment that proves to be unnecessary and expensive, he said, noting that only the urologists are celebrating.

What changed? A systematic review of the evidence determined that the potential benefits and harms of PSA screening remain close in men under age 70, according to David Samadi, M.D., chairman of urology and chief of robotic surgery at Lenox Hill Hospital. Therefore it makes sense for physicians to have a conversation with male patients about the pros and cons.

“I believe this is a positive step in the right direction and I’m happy to see that the USPSTF does recognize the importance of PSA screening for men,” Samadi said in a statement.

“Screening offers a small potential benefit of reducing the chance of dying of prostate cancer. However, many men will experience potential harms of screening, including false-positive results that require additional testing and possible prostate biopsy; overdiagnosis and overtreatment; and treatment complications, such as incontinence and impotence.”

So it is up to men to become more aware and informed, discuss the pros and cons with their physician and make the choice that seems appropriate for them. This NPR story has more details about the controversial nature of PSA screening; This NBC News piece looks at a rise in cancer rates stemming from fewer biopsies after the 2012 guidelines were issued. The American Cancer Society had supported the 2012 guidelines but the American Urological Association did not.