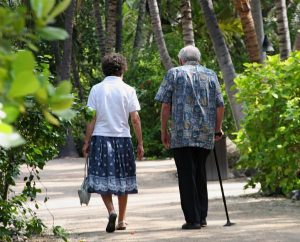 Criticism of the newly introduced GOP repeal-and-replace plan for the Affordable Care Act is mounting from all sides.

Advocates for older adults and those who care for them are especially up in arms, calling it “devastating,” “a crisis” and “unprecedented.” Millions of people could lose coverage according to this analysis.

According to AARP, the plan will cut Medicare solvency by several years. “AARP opposes this legislation as introduced that would weaken Medicare, leaving the door open to a voucher program that shifts costs and risks to seniors,” Executive Vice President Nancy LeaMond said in a statement. “Before people even reach retirement age, big insurance companies could be allowed to charge them an age tax that adds up to thousands of dollars more per year. Older Americans need affordable health care services and prescriptions. This plan goes in the opposite direction, increasing insurance premiums for older Americans and not doing anything to lower drug costs.”

Other plan components such as changes in the age-rating formulas, premium price hikes for older Americans and changes in subsidies will hit those nearing Medicare eligibility hard.

A preliminary assessment by advocacy groups, pro-ACA  think tanks and policy experts point to serious adverse consequences of proposed Medicaid cuts for vulnerable older adults, family caregivers, and for the community-based programs that help them.

There are so many ways Medicaid cuts will impact older populations, said Anne Montgomery, deputy director, Center for Elder Care and Advanced Illness at the Altarum Institute. She explained that about half of the cost of supportive services in the U.S. are provided by Medicaid. “If Medicaid is severely curtailed during an era when both the numbers of frail elders and the severity of their disabilities and poverty are rising, millions of vulnerable elders will struggle with the basics of life – decent housing and food, and assistance with daily activities,” she said.

If passed, the GOP plan will be “a disaster,” especially for older women, since they tend to outlive men, according to Toni Miles, M.D., director of the University of Georgia’s Institute of Gerontology in the College of Public Health, in Athens, Ga. She said that many people don’t understand that Medicaid stabilizes the long-term care system. So cuts to Medicaid mean long-term care becomes unstable too.

Medicaid requires states to fund certain services for children, pregnant women and elderly. “But the slice will get thinner,” Miles said. The move to per capita fixed Medicaid payments to states – instead of an open-ended federal entitlement – is bound to mean cuts in state-funded home and community care which allow older adults to age in place. There will likely be cuts to nursing homes as well.

She predicted a downward spiral in access and availability to long-term care services, particularly for the frail elderly – the 85-plus population with multiple chronic conditions. “They will end up at federally qualified health centers or in emergency departments instead, as has happened here in Georgia.” However, many FQHCs are not set up to address the complex needs of this population, so care could suffer.

Lower-income adults in their 50s and 60s, who are not yet Medicare-eligible, will see their financial assistance to buy insurance on the individual market cut by hundreds to thousands of dollars said Lydia Mitts, associate director of affordability initiatives at Families USA during a conference call coordinated by the advocacy group Indivisible. The new age rating formula in the legislation boosts the current allowable difference of three times higher premiums for older versus younger enrollees to five times greater for this group.

“Older people will see their premiums skyrocket,” she predicted. In many cases, the proposed financial tax credit won’t come close to making up the difference.

Millions would lose insurance because they can’t get financial assistance or find themselves with a worse plan, she said. “This is particularly dire for those with pre-existing conditions. It’s incredibly dangerous for this population.”

Montgomery is worried about the coming need for aging support among baby boomers. In 15 years, there will be millions of people with multiple functional disabilities and impairments who need all kinds of assistance just to get through each and every day, whether social services and supports or medical care, she said by phone. “We are so unready for that and now we’ll be taking out a great deal of money from the one program that finances that.”

Loss of home- and community-based services places additional burden on family members, who may not be in a position to help, said Miles, who worked on portions of the Affordable Care Act during its drafting. A female caregiver who drops out of the workforce to take care of elderly relatives, has already lowered her peak Social Security earnings, she explained in a phone interview. In a few years, this caregiver won’t be able to afford to buy health insurance because the exchanges and current subsidy levels will disappear. “That’s the group that will feel it first,” Miles said.

The future health care outlook is downbeat, she said. The peak baby boomers, those born between 1953 and 1955, will find no health care system they can use. And those over 85 are also at risk. “They thought they had themselves covered but have outlived their resources. Those folks need Medicaid to get nursing home care and it’s not going to be there.”

The introduction of the House bill on Tuesday is only one step in the legislative process. Republicans are determined to push something through as soon as possible, despite not yet having a scoring from the Congressional Budget Office – an analysis which legislators usually rely on to help determine a bill’s “real world” impact.

Montgomery is among those who want to see some number crunching. “Then we can debate what flexibility means in such an environment. Can states do a lot more with less and what does that flexibility look like? These are classic issues that should be debated publicly and transparently.” She’s optimistic that GOP governors will step in and slow the process down enough for discussion and how alternatives like the PACE program, can help defray some of the cuts that will hurt vulnerable seniors.