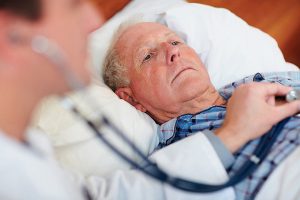 From higher age-based premiums to cuts in Medicaid funding for dual eligibles, there was much for aging advocates to criticize about the Republicans’ now-failed attempt to repeal and replace the Affordable Care Act (ACA).

Policy experts from several aging advocacy organizations briefed reporters during a March 23 conference call on the proposed American Health Care Act (ACHA). The next day, GOP leadership and the White House decided to pull the amended bill from consideration due to lack of support in the House of Representatives.

Advocates made it clear that people ages 50 to 64 years will suffer the most should the most current version of Republican plan be enacted. Among several problems would be changes to the age rating. Older adults tend to have more chronic conditions and get sicker than younger adults. To compensate for higher medical costs, the ACA now permits insurers to charge older people up to three times as much as younger adults. The ACHA would increase that ratio to 5 to 1.

“This bill would allow states to go even further, something that many are already referring to as an age tax,” said David Lipschutz, senior policy attorney at the Center for Medicare Advocacy. “These significantly higher premiums would be exacerbated by fundamental reductions in financial assistance available” through substitution of a flat tax for the current, income-based premium tax credit. It would not be tied to income or actual cost of insurance in a given state.

Most people, particularly older, low-income individuals, would see a significant decline in premium assistance. Lipschutz pointed to analyses by AARP, Congressional Budget Office, Center on Budget and Policy Priorities and the Kaiser Family Foundation, which predict premium increases as high as $8,500 annually and loss of coverage for millions of people in this age group because they could not afford the premiums.

Another provision of the bill, which converts Medicaid’s per-capita funding into fixed payments or block grants, would significantly impact those in the 50-to-64-year-old group, according to Carol Regan, senior advisor at the Center for Consumer Engagement in Health Innovation at Community Catalyst. About 14 million of 24 million projected to lose coverage under the plan are Medicaid recipients, she said. “Many are older adults, particularly those unable to get employer-based insurance and not yet eligible for Medicare.”

Medicaid would see an $880-billion cut, meaning those who rely on long-term care would be hit particularly hard, Regan said. Medicaid is the primary payer for long-term services and supports. About 62 percent of funding goes to long-term care. for about 7 million seniors and pays for about 60 percent of all nursing home residents.

Two-thirds of all Medicaid spending for those on Medicare – the dual-eligibles – is for long-term care. “Those are the most vulnerable older adults because they have complex medical needs, as well as social needs,” Regan said. “The Medicaid program has been a lifesaver for them.”

Regan said she is also very concerned about how Medicaid cuts will impact the personal care program, an optional benefit. Having a personal care assistant (PCA) often is the difference between enabling someone to age in place or having to move to a nursing home. “We are extremely concerned that they will cut eligibility (and) cut services,” she said.

That already is happening with several Medicaid programs around the country. When allowable personal care hours are cut back, this translates to fewer services and places an even greater burden on family caregivers, she said. This group already is under tremendous strain, since they already juggle work, family and other obligations while caring for an older loved one. “Many will be forced to leave the workforce, so not only are they losing benefits themselves, but the cuts to services will impact them as well.”

Lizrette Hutchinson, a 60-year-old dual eligible from the Bronx, New York who suffers from sarcoidosis in her lungs and skin, spoke about the importance of the home health care and non-urgent transportation she receives under Medicaid, which helps her live a more normal life. Her plea to the GOP is to “remember that whatever bills you guys want to put in place and vote on, make sure that it’s something that’s going to enhance the quality of our lives. Please don’t set us back. We’ve gone forward, let’s keep going forward with the quality of care that we get.”

In addition, repeal of the “pharma fee,” will adversely affect Medicare Part B premiums and “have a direct impact on the people in the program,” said Stacey Sanders, federal policy director for the Medicare Rights Center. She pointed to new information from Senate Finance Committee Ranking Member Ron Wyden (D-Ore.), and House Energy and Commerce Committee Ranking Member Frank Pallone, Jr. (D-N.J.), who predict that repeal of the tax on prescription medications would increase aggregate Medicare Part B premiums by $8.7 billion through fiscal 2027. Wyden and Pallone issued a joint press release describing this new analysis from the CMS actuary.

For more data, this Urban Institute analysis provides additional perspective on who gains and who loses under the ACHA.

Editor’s note: After this blog was posted, GOP leadership late Friday decided to pull the American Health Care Act from consideration due to lack of support in the House of Representatives. The blog has been updated to reflect this.