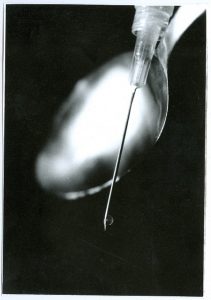 On Monday, analysis from the Congressional Budget Office showed that 24 million more Americans would become uninsured over 10 years if the U.S. House Republican’s bill to replace the Affordable Care Act (ACA) becomes law. Coverage of the CBO report overshadowed other news last week that the proposed American Health Care Act also would slash insurance coverage for those who are addicted to opioids and other drugs, according to reporting in USA Today and the Cincinnati Enquirer.

Deirdre Shesgreen and Terry DeMio on March 9 reported the bill would freeze the ACA’s Medicaid expansion provisions and limit federal payments to the states for all beneficiaries. That would result in a disproportionately adverse effect on patients coping with mental illness and addiction, they wrote.

For the past four years, DeMio has been covering the heroin epidemic in southwest Ohio and northern Kentucky, two regions where the crisis has hit hardest. If the bill becomes law, it could exacerbate conditions on her beat.

As is, she could write a story every day about the rising number of overdoses and deaths, dealers being arrested and convicted, and how the health system copes with an unprecedented surge of addicted patients.

Articles about the daily suffering of dealers, addicts and their families are only part of her beat at the Cincinnati Enquirer. She also reports on the search for solutions to the crisis, the services available to addicts and their loved ones and what readers need to know about the use of naloxone for patients who have overdosed. In a recent AHCJ tip sheet, we wrote about DeMio’s work and provided resources on how to cover addictions and overdoses.

She may do her best work on the heart-breaking stories about families in crisis. For example, check out this recent article that she reported over four months with Enquirer photographer Liz Dufour about the harrowing ordeal to rescue an addicted teen. Much of her work appears on the Beating Heroin page of the Enquirer’s website.

Another significant issue is how health insurers’ cost-control strategies can make it difficult for these patients to obtain effective medications. DeMio worked with Jayne O’Donnell, who covers health policy for USA Today on a story about insurers’ often head-scratching prior-authorization rules. There now is significant concern about the harm to addiction treatment and mental health care that could result from ACA repeal.

DeMio also has written about how cases of hepatitis C and HIV may rise sharply following an increase in heroin use, the medications to treat addicts who overdose and how sometimes those medications fail.

For an in-depth look at the search for solutions, DeMio went to Baltimore for two weeks last summer to learn what the city’s health department has done to slow the rate of addictions and deaths for what became a four-part series, “Lessons from Baltimore.” Looking for answers to the heroin crisis, she compared the steps that Baltimore officials have taken with what’s happening in Cincinnati, She also introduced readers to a pioneer in addiction treatment and interviewed Leana S. Wen, M.D., Baltimore’s health commissioner. AHCJ members may recall that Wen addressed the Health Journalism 2016 conference in Cleveland last spring. Newspapers nationwide picked up the series, which included photos and videos by the Enquirer’s Carrie Cochran.

An important part of DeMio’s beat is educating the public about addiction, including how science is used to identify those who are addicted and determining the most appropriate treatments. While many addiction treatment organizations recommend abstinence for those dependent on opiates and heroin, she said, “science says abstinence doesn’t work, and so you have to go with the science.”

“Even though we all need to be objective, at times you may have to be an advocate for the best, most effective treatment options,” DeMio added.

Last year, the Poynter Institute reported on DeMio’s work, quoting her as saying that readers are waking up to the idea that heroin addiction is a public health epidemic. Providing accurate information to friends and family members of addicts has made DeMio into a community resource.

“There are many ways to cover this beat,” she told me. “Probably the most important is the network of parents I know whose children are addicted. Most parents are very vocal and are probably the reason so many people are beginning to understand that heroin and opioid addictions are a public health crisis.”

“I hear stories that are touching but also frustrating because most of the time there’s very little I can do for them,” DeMio said. “I hear from people who have spent their life savings to get their child into an expensive rehab program that doesn’t even give their patients medication. Or, I hear from parents whose children are stealing their money to support their habit.”

One night a frantic mother called to say her daughter – who had been in recovery – had run away. Another time, a mother asked how to ensure that her recently arrested daughter was getting the medications she needed in jail. Outside of providing the appropriate contact information, DeMio could not do much for either woman.

“Anyone is welcome to reach out to me,” she said. “These people are suffering grief and despair, and so I do what I can, but mostly I just listen, have empathy and hope that what I do makes some change in a positive way.”

With all of her sources, she finds empathy is necessary because addicts and their families often face the stigma associated with addiction. Those who do not understand the illness may believe that addicts are not doing enough to help themselves, or that their families failed in some way that led to the addiction.

“These people have been shamed by society,” DeMio said. “You have to explain that addiction is a disease, that addicts and their families need help and that this public health crisis has put a generation at risk.”