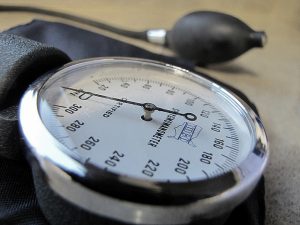 Adults age 60 and older often struggle to keep their blood pressure in check. Revised guidelines from two leading medical groups may make it a little easier, but not without drawing fire from other health professionals.

Critics argue that the new target for adults over age 60 is too high, and delayed treatment could put more people at risk.

The American College of Physicians and the American Academy of Family Physicians now say a systolic pressure (the top number) below 150 mm Hg, is an appropriate target for healthy older adults. While those with a history of stroke or heart attack should maintain systolic pressure below 140, researchers said those in the 140-150 range may not necessarily need treatment. The groups argue that potential harms outweigh the potential benefits of additional treatment, CNN reported. That could mean thousands of patients stop or reduce their blood pressure medication.

The guidelines are based on a recent multi-study review, which concluded:

One in three American adults has high blood pressure, which until now, was considered 140/90 millimeters of mercury or higher, according to the American Heart Association (AHA). Among U.S. adults age 60 and older, 65 percent have hypertension, “and only about half (52.5 percent) have controlled blood pressure levels,” as this Medscape article noted. High-risk individuals include those with diabetes, vascular disease, metabolic syndrome, or chronic kidney disease, as well as older adults. Left untreated, hypertension can lead to heart attacks, stroke, kidney failure and death. However, some medications, such as ACE Inhibitors, calcium channel blockers, diuretics and other compounds, can have serious side effects, including fainting or abnormal kidney function.

The AHA opposed a similar recommendation in 2014, according to this JAMA article. The association recommends that healthcare providers continue to follow existing guidelines for treating high blood pressure. “We believe there’s just not enough evidence at this point to justify such a significant change in how we treat people with high blood pressure,” Mariell Jessup, M.D. and AHA past president, said in a statement on the association’s website.