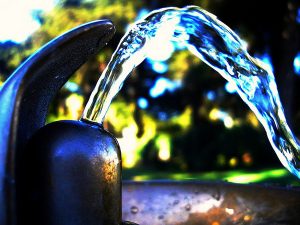 It took engineering and fundraising efforts as well as years of work by oral health and children’s advocates, but the Santa Clara Water District is finally providing fluoridated tap water to large sections of San Jose, Calif.

The sprawling city, with a population of more than 1 million, had been known as the largest metropolitan jurisdiction in the nation that lacked a fluoridated drinking water program. The decay-fighting mineral will be phased into water supplies as upgrades to the city’s water treatment plants are completed.

The undertaking has been a technically complex one, Paul Rogers of the San Jose Mercury News reported in a Dec. 10 story. San Jose is served by more than a dozen government and private water agencies and gets its drinking water from several sources, including reservoirs and wells. That is “a big part of the reason San Jose was the last major U.S. city to receive fluoride,” Rogers noted.

By 2020, approximately 1.16 million county residents will have fluoride. Another 700,000 will continue to lack it because they live in areas served by groundwater wells, Rogers wrote.

Under California law, water systems with 10,000 or more service connections are required to fluoridate the water they provide, but suppliers must find their own money to fluoridate, California Healthline reporters Zhai Yun Tan and Ana B. Ibarra wrote in a September update on fluoridation efforts in San Jose and elsewhere across the country.

As they noted in their article, the U.S. Centers for Disease Control and Prevention (CDC) considers water fluoridation the most cost-effective method of delivering fluoride to communities, reducing tooth decay by 25 percent in children and adults.

“A big thing about community water fluoridation is that it is a passive intervention, you don’t really have to do anything other than drink tap water,” Katherine Weno, the CDC’s oral health director, told California Healthline. “You don’t have to buy a product or access to a dental professional. It benefits people who don’t have money to go to a dentist or don’t have any insurance.”

For more than 65 years, communities across the United States have supplemented naturally occurring fluoride in their water supplies to promote oral health. Now, about three-quarters of Americans are served by water systems that provide fluoridated water, according to an analysis by the Pew Charitable Trusts.

“It’s a social justice issue. The richest kids in Palo Alto have had fluoride for years, but the kids in East San Jose haven’t,” Health Trust CEO Fred Ferrer told the Mercury News.

In spite of the strong backing of science, anti-fluoridation activists resisted the effort in San Jose, Rogers reported.

“As in years past – when the John Birch Society denounced fluoride as a communist plot to poison America – some critics says fluoride isn’t safe,” he explained.

“The water district is acting as a doctor giving out drugs,” local fluoride opponent Arlene Goetz told the newspaper.

“Goetz, who said she also believes vaccines and Wi-Fi also are unsafe, is not moved by the fact that fluoride is endorsed by the American Dental Association, American Medical Association, the CDC (U.S. Centers for Disease Control and Prevention), California Department of Public Health, American Academy of Pediatrics and the World Health Organization,” Rogers wrote.

Meanwhile, drinking water fluoridation in Healdsburg, Calif., has also prevailed over opposition. On Nov. 8, voters in the small Sonoma County city defeated a ballot measure that would have placed a moratorium on fluoridation there.