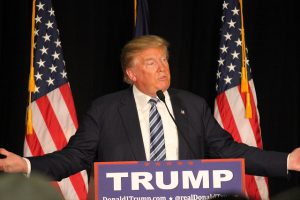 Many people who gained coverage under the Affordable Care Act voted for Donald Trump, even though he promised to get rid of it and has not been crystal clear about what he would put in its place.

Sarah Kliff of Vox traveled to Whitley County in Kentucky to find out why. In that county, the uninsured rate dropped by 60 percent (from 25 percent in 2013 to 10 percent now, according to Enroll America). Yet, 82 percent of them voted for Trump.

It turns out that they felt safe doing that because they didn’t believe Trump actually would take away their Obamacare.

We’ll look more at some of that thinking below – and we would love to do a post from your stories around the country. Are you finding the same thing – that people didn’t believe it? Are you hearing that Trump voters in your state backed him believing he would take it away, and didn’t care, either because they thought he’d give them something better, or they don’t prioritize health coverage over other things Trump promised (or the values he represents to them).

One thought about Kentucky – the state chose Gov. Matt Bevin in 2015, who campaigned on a pledge to get rid of the ACA. However, although Bevin did move Kentucky from a state to a federal exchange, his constituents still have access to subsidized marketplace plans through the federal website.

Bevin also promised to undo Medicaid expansion (a pledge he shifted from late in his campaign) and he did not. He kept it, although he is seeking some conservative changes under a waiver, which he is more likely to get under a Trump administration. That experience may have taught Kentucky voters to dismiss Trump’s claim – and it may not be as true elsewhere.

Here’s some of what Kliff found in Kentucky, where even a gung-ho and highly successful Obamacare enrollment worker named Kathy Oller voted for Trump. “I found with Trump, he says a lot of stuff,” she told Kliff. “I just think all politicians promise you everything and then we’ll see. It’s like when you get married — ‘Oh, honey, I won’t do this, oh, honey, I won’t do that.’”

Many of the people Kliff talked to expected Trump to keep the ACA, but make it better. They want what they have got but cheaper, with lower deductibles, and broader networks. They did not understand that the political imperative in Washington is to repeal it, hoever longer it takes for a replacement.

Moreover, they told Kliff that they were frustrated because they work hard and believe other people are getting free health care even though “they don’t want to work.” Many did not understand that Kentucky’s Kynect – intentionally branded and marketed as a Kentucky solution –was just another name for Obamacare.

But Kliff also spoke to people who “knew full well” that Kynect was the federal ACA. “I guess I thought that, you know, he would not do this, he would not take health insurance away knowing it would affect so many people’s lives,” said Debbie Mills, an Obamacare enrollee who supported Trump partly because of his promised to help the coal industry.

Her family had gone without insurance for two years until they received subsidized coverage under the ACA. Her husband earlier this year was diagnosed with non-alcoholic cirrhosis of the liver. He needs a transplant. She now is worried about those repeal promises. “I mean, what are you to do then if you cannot pay for insurance?”