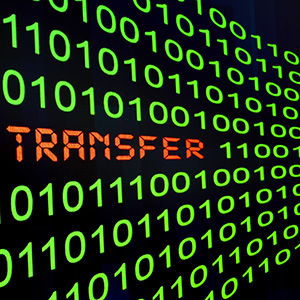 The Cleveland Clinic last month released its list of top 10 medical innovations for 2017. The annual list highlights technology most “expected to have the biggest impacts on the field in the coming year.”

Coming in at number six is something called “Fast Healthcare Interoperability Resources,” better known as FHIR (pronounced “fire”), which aims to improve health information interoperability. It is scheduled to be released next year.

FHIR is an interoperability specification designed to help different electronic health systems better talk with one another. Health Level Seven (HL7), a nonprofit data exchange group, is developing it.

“It sounds like a really nerdy thing,” said Michael Roizen, M.D., chief wellness officer at the Cleveland Clinic. “But (FHIR) will allow one X-ray system, one electronic medical record system, one app to be able to talk with one another and be integrated.”

So what is FHIR, exactly? FHIR would be a standard for open application programming interfaces (API).

APIs are important in health IT because they allow programmers to access critical data from other sources and integrate that data into their applications. Think of an API as a conduit that allows program creators to “grab” data sources.

A good example of consumer API use is a smartphone weather app, which takes data from other sources and organizes it so you know whether you will need sunscreen or a snow shovel. APIs in health care got some shout-outs from panelists at AHCJ’s Health IT workshop in San Francisco last month. [Speakers’ presentations are available for AHCJ members.]

A few speakers said that widespread adoption of open APIs would enable a greater flow of information from electronic health records and other sources. That could unlock data in a new wave of usability of health information.

“This will be a lot like the original dot-com boom,” said Russ Cucina, M.D., vice president of health informatics and chief health information officer at University of California, San Francisco. “It will be a big story over the next five years.”

Because hospitals and medical groups already have invested so much money into their electronic health record (EHR) systems, Cucina said, there’s little chance they could afford to switch over to another system in the near term. Especially since any federal subsidies for adoption already have been spent.

“EHR vendors are hard to disrupt,” he said, adding that because open APIs would allow tech companies to build onto existing EHR systems in potentially useful ways, this could unleash a new wave of health care IT innovation.

Matthew Holt, co-founder of the Health 2.0 conference series and a health innovation watcher, also has touted FHIR as a potentially significant development. The Office of the National Coordinator for Health Information Technology (ONC) is encouraging the development of FHIR-based APIs.

You may have noticed a flurry of news releases around APIs or FHIR in your inbox lately. McKesson announced in September that it was developing an interoperability platform based on FHIR. Also in September, the National Cancer Institute released its beta of an API to make information on clinical trials at trials.cancer.gov available to third parties for app and tool development.

Whether FHIR turns into wildfire or fizzles out it will be an important aspect of health IT development to watch over the next year.