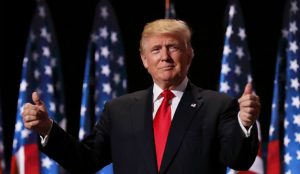 The Washington Post has taken a post-election look at 15 major industries in a story aptly titled, “Mr. Business Goes to Washington. NOW WHAT?” The overview was written by Thomas Heath, with health care industry input from Carolyn Johnson.

Pharmaceutical companies look like big winners, with less pressure to lower drug prices likely. Donald Trump at times has talked about supporting Medicare negotiations of drug prices, but it is not included in health policy sections of his campaign or transition websites. In addition, Congressional Republicans consistently have opposed such a policy for years.

Health IT firms, the Post notes, are likely to take a hit. They had benefited from the Affordable Care Act and the Obama administration’s push to digitize health records.

The ACA had helped many providers and drug makers because more people had access to medical care. Uncertainty about what’s next, and the nature of any transition period “leaves many companies treading water,” Johnson writes.

Pharmaceutical and biotech stocks jumped higher right after the election. Hospital stocks fell, as did shares of some insurers that had done well under the ACA. Those tended to be for-profit hospitals with a significant presence in Medicaid expansion states and those insurers with a substantial Medicaid managed care business. For a deeper dive on hospitals, read this story from Bloomberg’s Max Nisen, plus this Motley Fool piece focusing on three hard-hit publicly-traded Medicaid-dependent companies: Community Health Systems, Tenet Healthcare and Centene.

“These health organizations are like large ships, and you can’t turn them on a dime,” Benjamin Isgur, a leader at the PwC Health Research Institute, told the Post. “I think what the industry is concerned about is a partial repeal that takes away customers and doesn’t replace them with anyone.”

In case you’re wondering, the “winner” industries according to the Post included defense, oil and coal, infrastructure, private prisons, banks and brokers (those selling financial services, not health insurance).

While not specifically about the health care industry, this paragraph in the Post story notes that the correlation between business competency and presidential success is unclear. It’s food for thought:

“Harry S. Truman, regarded by many historians as a successful chief executive, partnered in an unsuccessful men’s clothing store in Kansas City, Mo., in the early 1920s, leaving him nearly bankrupt. Warren G. Harding made his name as an owner of an Ohio newspaper, then led one of the more scandal-scarred administrations in history. Herbert Hoover made millions in the mining industry, but his business expertise failed to keep America from sliding into the Great Depression on his watch.”