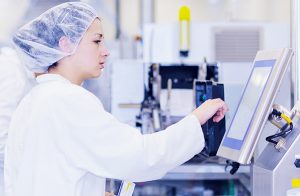 While it’s unclear what President-elect Donald Trump’s views are on health IT, the issue has traditionally enjoyed bipartisan support.

Here are some top issues that journalists can track as we move forward into this unknown landscape:

The physician payment overhaul law, Medicare Access and CHIP Reauthorization Act of 2015, MACRA, will replace the Meaningful Use program for physicians in 2017. MACRA regulations require physicians to show continued progress on EHR adoption and interoperability. MACRA enjoyed 91 percent support from Congress, with 484 members voting for the bill.

At the annual conference of the Medical Group Management Association, held in San Francisco the week prior to the presidential election, the group’s leaders said they did not expect the election outcome to affect the direction of MACRA. “It was a bipartisan piece of legislation,“ said Anders Gilberg, senior vice president of government affairs at MGMA. “The only thing that often changes is interruption at the leadership level … at the HHS and CMS.”

Similarly, Vindell Washington, M.D., national coordinator for health IT, told me at AHCJ’s Journalism Workshop on Health Information Technology in October that he did not expect that the election outcome would affect the trajectory of health IT because it does have bipartisan support in Congress.

In July, Trump released a 10-point plan to improve Veterans Affairs that included support for telehealth care. “All veterans should be able to conveniently schedule appointments, communicate with their doctors, and view accurate wait times with the push of a button,“ according to Trump’s plan. The plan also states: “Caregivers should be able to easily streamline treatment plans across departments and utilize telehealth tools to better serve their patients. As we have seen from the private sector, the potential for new, innovative technology is endless.”

Telehealth has enjoyed bipartisan support in Congress. However, transforming Medicaid into a block grant program or making changes to the Medicare could be a setback for telehealth because hospitals could see funding reductions to test alternative care visits or remote patient monitoring.

Telehealth companies that offer pay-as-you-go telehealth visits with clinicians could gain popularity under Trump and a Republican Congress. If the 22 million people who have gained health insurance under the Affordable Care Act become uninsured, telehealth could be a cheaper way to gain access to providers than traditional insurance. Lemonaid Health, for instance, offers low-cost telehealth access to prescriptions for birth control, urinary tract infections and a few other conditions in some states.

Restrictions on reproductive health for women under a Trump administration could fuel online services. One study is testing delivering abortion pills via mail after an online consultation, according to this New York Times/Kaiser Health News article by Phil Galewitz.

Devices that aim to help physician diagnose patients remotely also seem poised for advancement. On Nov. 1, Tyto Care won approval from the Food and Drug Administration for its digital stethoscope. Whether the FDA under Trump will support approval of these medical device innovations is unclear.

Cybersecurity is one of the hottest issues in health care today because of the number of threats that hospitals receive and the money and data at stake. Trump received criticism after invoking his 10-year-old son’s computer skills in response to a cybersecurity question at the first presidential debate against Hillary Clinton. Anthony Cuthbertson of Newsweek has a post-election rundown on Trump’s cybersecurity and net neutrality positions here.

Health IT innovation requires skilled workers, and getting those workers from other countries could become difficult under a Trump administration. Trump has denounced the H-1B visa program that brings skilled engineers and scientists to the U.S. Trump has called the shortage of American STEM (Science, Technology, Engineering and Mathematics) workers a myth.  Check out Steven J. Vaughan-Nicols’ story on Trump and technology workers in ZDNet. There’s been a big debate about to what degree H-1B workers are displacing qualified American workers. The Senate held a hearing on this topic earlier this year. More than 145 technology leaders signed an open letter this summer calling Trump a “disaster for innovation.” Another question is whether highly skilled workers will choose to come to the United States if they face restrictions based on their religion or if they fear intolerance.