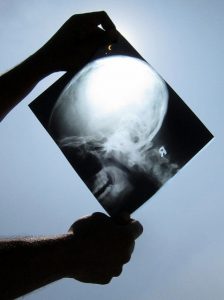 Cassels notes that while a patient’s organs can be “kept alive” while awaiting transplantation, brain death is legally the same as cardiopulmonary death – death is death. It matters because the organ donor transplant list keeps growing.

Only three of every 1,000 people die in a way that allows for organ donation, according to the Health Resources and Services Administration, the government agency that tracks transplant statistics. Meanwhile, nearly two-thirds (65.3 percent) of those waiting for organs are age 50 or older. The problem, Cassels writes, is that not clearly understanding and reporting brain death can have a “profound effect on the willingness of relatives to consider organ donations from their just-deceased loved ones.”

Cassels’ tip sheet highlights two high-profile cases in which journalists misinterpreted brain death and ended up reporting erroneous information. That muddies the issue for the public. The tip sheet includes some easy-to-understand definitions of brain death, life support, persistent vegetative state and coma — all different medical states. It also provides some excellent resources for journalists who may find themselves immersed stories, such as this one, about the particulars of someone who is declared brain dead but described as on life support.