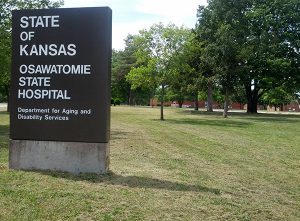 Anyone who has started a new reporting job knows the feeling: You want to find some story somewhere on your beat that you can crank out to show you know how to deliver good copy on time.

It’s unlikely that you’re thinking you’ll uncover a big story that turns into a five-part series. But that’s what happened to Megan Hart, a reporter covering health care for KHI News Service in Topeka, Kan.

In a new How I Did It article, Hart explains that before reporting for work on her first day last year, she was reading the local newspaper, specifically the public notices. There she found this bit of news: Osawatomie State Hospital, one of only two state psychiatric hospitals in Kansas, was due to lose its Medicare payments within a month.

With that information, Hart was ready to walk into the office to pursue a potentially big story on day one. What’s more, she had previously covered nursing home inspections and so knew something about how the federal Medicare program responded when it found deficiencies. Best of all, she understood that it was rare for Medicare to ‘decertify’ a facility or cut payments.

“Therefore, I knew something serious must have happened at Osawatomie State Hospital,” she writes. “The issue was even more important because in eastern Kansas most people who are involuntarily committed are automatically sent to OSH. The only other state psychiatric facility covers the western part of the state, and relatively few private facilities take involuntary patients, even if the person has insurance.”

In her piece, she offers advice on where to start when covering hospital inspections. It’s best to get the inspection reports from the federal Centers for Medicare & Medicaid Services, she advises. Unlike reports from other accreditors, such as the Joint Commission, CMS inspection reports are available to the public. Then, she adds, read through them carefully because you may find a nugget of news that has previously gone unreported.

Hart also recommends interviewing hospital staff retirees because they know the details of what happened in the recent past and are likely free to talk.

On that first day, she got the CMS inspection report and noted that the inspector characterized problems at the hospital as a “systemic failure.” She combined that information with a response from officials in the state Department for Aging and Disability Services. With her colleague Andy Marso, she cranked out a quick daily story.

From there, Hart began working on an investigation that took seven months. In that time, she produced a strong, five-part series that explained, “how Osawatomie State Hospital went from a respected facility to one that federal officials deemed too unsafe for Medicare patients — and how the hospital could rebuild for the future,” as her editors wrote about her work.