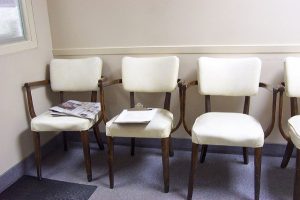 Decisions by United Healthcare, Humana and now Aetna to shrink their footprint in the ACA exchanges – along with the collapse of the most of the co-ops – are likely to significantly decrease competition in some parts of the country next year.

Among the states likely to be most affected are: Alaska, Arizona, Oklahoma, Alabama, Georgia, the Carolinas, and probably parts of Florida.

Aetna, the nation’s third-largest insurer, on Aug. 16 announced it will limit its participation in the exchanges to four states in 2017, down from 15 this year. The news came several weeks after UnitedHealth and Humana (which Aetna wants to acquire but is facing resistance from regulators) said they would reduce cut their coverage areas next year, Tom Murphy of the Associated Press reported.

“This is really going to be felt in Southern states and rural areas,” Cynthia Cox of the Kaiser Family Foundation told Murphy.

Can the impact change between now and when open enrollment starts? Yes – in either direction. It’s possible even more plans will defect. Some plans may not get the rate increases they are seeking and decide to pull out. Most of the remaining co-ops are on financially shaky ground, so their ongoing participation isn’t a sure thing. But it’s also possible that some of the carriers who remain committed to the exchanges and who are doing OK financially or expect the business to improve in the coming years, will expand in 2017.

Kevin Counihan, who is CEO of Healthcare.gov and oversees the health care exchanges, told Politico’s Pulse Check podcast that the government will work hard to get additional insurers to expand their role in the Obamacare individual market. Some smaller, regional carriers may step up, but it’s too soon to know.

So how can you cover this if your state is facing a decline in insurer participation? Talk with the insurers of course – those leaving, those staying, those who sell insurance in the state but not on the exchange, such as Medicare Advantage, Medicaid managed care and the employer market.

Also check in with enrollment groups – they won’t be wooing the insurers but they may have good intel about what’s going on. Query key legislators in your state, (both those who favor and those who oppose the health law), including the top Republican and top Democrat on the health panels in the legislature.

And definitely talk to your state insurance commissioner and other regulators. Local officials often can make the difference. In 2013, the months leading up to the start of the coverage expansion, quite a few Mississippi counties had zero carriers. It was a red state with a government hostile to the ACA – except for the Insurance Commissioner Mike Chaney. Chaney, a conservative with qualms about the health law but a desire to make it work in his state, worked with the Obama administration and managed to coax Humana into filling the gaps.

KFF in May estimated that the number of rural counties reduced to having only one insurer in the exchange could triple next year – and even more counties now are at risk than at the time of the report. This Kaiser chart illustrates insurer participation changes between 2014 and 2016. You can see how 2017 is shaping up in your state compared to the first three years.