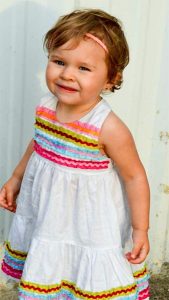 Several months after its seven-part Deadly Dentistry series, the Dallas Morning News is following the case of another child left dead after a dental visit.

Daisy Lynn Torres suffered complications from anesthesia while undergoing a procedure at an Austin dental office last spring, a medical examiner recently concluded. Now the Texas State Board of Dental Examiners has opened an investigation into the death of the 14-month old girl, Tom Steele reported July 15.

“Daisy went to Austin Children’s Dentistry on March 29 to have two cavities filled and was placed under general anesthesia,” Steele told readers. “A short time later she went into cardiac arrest and was rushed to a hospital where she died.”

Other media outlets also are closely covering the death of the little girl. Torres likely suffered a reaction to the anesthesia drugs, Alejandro Martinez-Cabrera wrote in a July 16 story for the Austin-American Statesman.

Meanwhile, a forensic dental examiner who reviewed Daisy’s records at the request of the medical examiner’s office raised questions about whether the child even needed treatment in the first place.

“One can only speculate as to why any treatment was performed considering no indication of dental disease or pathology,” Dr. Robert G. Williams wrote in his review. The forensic examiner determined that that records from a previous dental visit also didn’t show any decay, Martinez-Cabrera reported.

Kevin Schwaller, who has been providing detailed coverage of the case for KXAN-Austin told viewers that there was an anesthesiologist on site during Daisy’s visit to the office of Austin Children’s Dentistry.

“The toddler’s parents told KXAN News they went in the morning of March 29 for an appointment to fill two cavities. While she was under anesthesia, Dr. Michael Melanson came back out and told Betty Squier her daughter had a total of six cavities they needed to fill.

“They started right away with her and it wasn’t long until they called me back there saying there was complications,” the mother told the news station. She said she had been nervous about the sedation but thought she was making the right choice, Schwaller reported in a July 15 story.

Amid the questions about the child’s death, Melanson has been suspended from the practice, news outlets reported.

The tragedy is reminiscent of cases investigated in the Morning News’ Deadly Dentistry project, published at the end of 2015. The series took a detailed look at dental deaths related to anesthesia and other causes in Texas and elsewhere. The project highlighted gaps in the enforcement system charged with holding the nation’s dentists accountable.

Texas is unique among states in clearly requiring dentists to report all deaths that might be treatment-related and produce a detailed accounting of those reports, investigative reporter Brooks Egerton wrote in the series. Drawing on government documents, insurance data and interviews conducted over 18 months, Egerton and her colleagues raised questions about how many dental injuries and deaths might be going unreported nationally, and how many dentists might be going undisciplined for malpractice.

“Since 2010, Texas has received at least 85 death reports. Projected out to the whole U.S. population, that’s a little over 1,000 deaths,” Egerton wrote.

Following the publication of the Deadly Dentistry project, a state watchdog commission called for stricter oversight of dental sedation practices in Texas.

The Texas Sunset Commission, which evaluates the performance of state agencies for the legislature, concluded that state regulators largely failed to oversee sedation procedures while reports of deaths and other adverse events piled up.