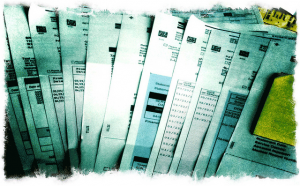 Surprise medical bills are not new but they certainly have become a big story nationwide. In most of these stories, the focus is on the consumer, as it should be.

But there is another angle to this story that journalists should not overlook: what state legislatures are doing to prevent consumers from getting unexpectedly dinged for amounts that can total thousands of dollars.

In so many articles about surprise medical bills, we’ve seen that consumers appear to be fighting a losing battle. In some states they are turning to state legislatures for recourse. That’s where the story is taking us now.

Trudy Lieberman recently made this point in an article for the Columbia Journalism Review. She cited the work of Daniel Chang of The Miami Herald, who explained that the practice of “balance billing” is part of the problem. Balance billing occurs when a physician or other health care provider bills a patient for the difference between what the insurer paid and what the provider charged.

In March, Florida’s legislature was considering a bill to remedy the problem. At the time, physicians said insurers should not be allowed to dictate what out-of-network physicians can charge. “The issue in dispute – with doctors and hospitals on one side, and insurance companies on the other – is what constitutes fair payment for medical care when there is no contracted rate,” Chang wrote.

Less than two weeks later, Chang reported that the legislature sent a bill to Gov. Rick Scott that is considered one of the strongest and most comprehensive pieces of legislation to ban surprise medical bills. Scott signed it into law last month.

In Modern Healthcare, Harris Meyer wrote that the law applies to patients who inadvertently receive services from a non-network provider. The law requires patients to pay their usual in-network cost-sharing amounts.

California’s legislature also is considering a bill aimed at eliminating surprise medical bills. After being introduced last year, the bill fell three votes short of passage, according to a piece that Stephanie O’Neill wrote for Southern California Public Radio, adding that “Consumers Union and Health Access California are backing the bill; they believe it would close a costly loophole in the health insurance system.”

In a survey earlier this year, the Kaiser Family Foundation found that almost 7 in 10 individuals who received medical bills for out-of-network care did not know the health care provider was not in-network. KFF defines a surprise medical bill as one which comes after an insured person inadvertently gets care from an out-of-network provider. Last year, a Consumer Reports survey showed that about a third of all Americans with private insurance had received a surprise medical bill in the previous two years.

The power behind these data and the anecdotes about consumers who, through no fault of their own, accumulate huge surprise medical bills is that both have the power to persuade legislators to act. But, as Lieberman pointed out, it’s not enough to write about the anecdotes alone. Journalists should also report on potential remedies, which means asking state legislators and regulators what they can do to help consumers.

And while we’re at it, will someone please ask U.S. Rep. Lloyd Doggett (R-Texas) what he’s doing to move forward H.R.3770, the End Surprise Billing Act of 2015? Since last fall, when it was referred to the House Ways and Means Committee’s Subcommittee on Health, nothing more has happened.