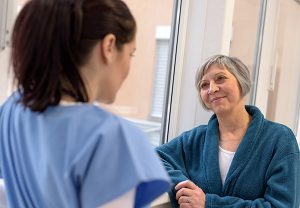 It almost seems like a no-brainer that dovetailing care between Medicare and Medicaid will have positive effects on the population of dual-eligible older adults.

In reality, care and payment under these systems is often fragmented and disjointed, a frustrating scenario for primary care providers and detrimental to patients. A new report  from the Centers for Medicare and Medicaid (CMS) on The Minnesota Senior Health Options (MSHO) program reinforces the need for improved service coordination.

CMS looked at service delivery patterns among elderly dual-eligible beneficiaries enrolled in either the Minnesota Senior Care Plus (MSC+) or the Minnesota Senior Health Option (MSHO). MSC+ is a Medicaid-only program; MSHO is a fully integrated Medicare-Medicaid program. MSC+ enrollees receive their Medicare-funded services through traditional fee-for-service Medicare or a Medicare Advantage plan, along with a Medicare Part D prescription drug plan, and must coordinate their own Medicare services. They are assigned a case manger who helps them with Medicaid-funded services.

MHSO is a decade-long partnership between the state and CMS that coordinates all the Medicare and Medicaid benefits their members receive, including Medicare coverage of acute medical care and Medicaid coverage of long-term services and supports. MSHO members are assigned a care coordinator who helps them with all of their Medicare-funded and Medicaid-funded services.

When comparing the experiences of similar beneficiaries inside and outside of MSHO, those enrolled in MSHO were:

MSHO enrollees tended to be older, female, to have more medical conditions and disabilities, to have died during the year, and were slightly more likely to live in rural areas of the state. Compared to MSC+ enrollees, MSHO enrollees had lower hospital and ED use, but greater prevalence of primary care service use. Both before and after controlling for differences in observed individual- and area-level characteristics, MSHO enrollees received less care in hospital settings than MSC+ enrollees. Importantly, the study also found no difference in long-term nursing home use between MSHO and MSC+ in spite of the case mix differences.

The report concluded that the capitated model represented by the MSHO program has great potential for improving outcomes for dual eligibles.

“Integrated care is improving the lives of some of the most vulnerable Americans,” according to CMS. “These new findings from Minnesota affirm the promise of integrated care and reinforce the urgency with which we need to continue to develop, test, and scale successful models for better serving dually eligible individuals.”

CMS is partnering with 12 other states: California, New York, Illinois, Massachusetts, Michigan, Ohio, Rhode Island, South Carolina, Texas, Virginia, Colorado and Washington, to implement and evaluate new models of integrated care similar to MSHO through the Financial Alignment Initiative. From 2011 to 2015, the number of dually eligible beneficiaries served in integrated care programs across the country rose from approximately 162,000 to more than 650,000.