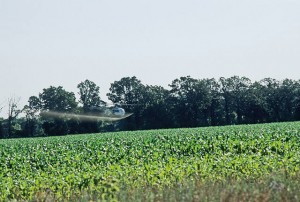 One of the trickiest balances a health reporter must strike is the one between anecdotes and evidence. The former is the compelling narrative that makes readers want to dive into an article because personal stories are engaging and help us relate to bigger, more abstract ideas.

Yet those anecdotes must be rooted in a body of research that supports their claims.

As Brian Bienkowski explains in describing how he reported on an award-winning story in Environmental Health News: “anecdotes aren’t facts.” Bienkowski’s story, “Pesticide use by farmers linked to high rates of depression, suicides,” won third place in the Public Health (small) category of the 2014 AHCJ Awards for Excellence.

In a new How I Did It piece, Bienkowski describes the very difficult questions he had to ask individuals who had experienced tragedy in connection with pesticides as well as the questions he would ask researchers in uncovering what the research had to say about the link between pesticides and mental health conditions.

In addition to talking to individuals on the ground who experienced tragedy, Bienkowski contacted each of the authors of the animal studies and human studies from PubMed and ToxNet he dug up as part of his reporting. His big take-home message is that scientific facts and researcher quotes, while not usually very “sexy,” provide a story with the skeletal structure it needs to stand up even when fleshed out with anecdotes or an overarching personal narrative. Read more about how he came up with the idea and how his reporting went.