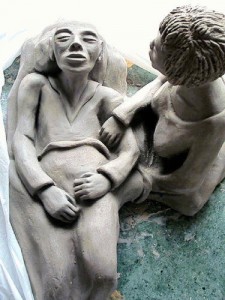 The right to choose how and when we die has been a hot button issue for decades. Five U.S. states, Canada and several European countries have physician-assisted death guidelines. Advocacy groups hope to push through bills in several other states this year.

Many people with degenerative or terminal illnesses — including many older adults —  see this as an option to not only relieve their own suffering and to go out on their terms but also ease the caregiving burden for their spouse or adult child.  Opponents counter that those same caregivers —  spouses, adult children of elderly parents or even those within the health system— will pressure vulnerable patients to make that ultimate choice against their true will.

Should physician-assisted death be legal for any patient that wants it? Anywhere? Is the right to die on our own terms a right? It’s a complex issue without easy answers.  A recent Gallup poll found that more than two-thirds (68 percent) of Americans polled say physicians should be allowed to assist in a terminally ill patient’s death. Much of that support is among the 18- to 34-year-old age group.

Physician assisted death (PAD) for older, sick patients has been well covered by many news organizations, including this excellent article in USA Today. Made-for-TV dramas aside, it seems that PBS and HBO are perhaps the only television networks providing reporting and analysis that goes well beyond a two or three minute clip on network or cable news, according to this list compiled by the Euthanasia Research & Guidance Organization (ERGO).

While we usually don’t review TV shows, a recent episode of HBO’s news magazine, VICE, is worth discussing. It highlights the extraordinary challenges and many complex issues surrounding the “Death with Dignity” movement.

Correspondent/producer Vikram Ghandi interviewed several terminally ill patients who want to die on their own terms. Christina Simmons, a mother of four with ALS (Lou Gehrig’s Disease) made the choice to uproot her family and move to Oregon, one of the few states where PAD is legal. Oregon’s assisted suicide law gained increased attention after Brittany Maynard, 29-year old Californian, also moved to the state to take her life. (PAD became legal in California in October, 2015).

Former journalist Derek Humphrey, author of Final Exit, discussed launching The Hemlock Society, which eventually paved the way for Oregon’s Death with Dignity Law. Humphrey got involved in the issue when his terminally ill wife asked him to help her to die. It’s the book he wished he didn’t have to write; but said he’ll keep advocating until “everybody has lawful access to a doctor-assisted death.”

Howard Glick, who suffers from a rare Alzheimer’s-like incurable brain disease that robs his memory and cognition, talks bout his desire to end things on his own terms. Glick, and members of his support group, discuss their choice to “die with dignity” and question why it’s so difficult to accomplish this legally in the United States, outside of a handful of states.

For those opposing PAD, key questions remain about the interests of our competitive health system and what happens when patient care becomes too burdensome. Will the interests of providing 24/7 care eventually erode under the weight of the tremendous costs involved? What happens to those who are most defenseless? Will they be pushed towards ending their lives sooner, rather than letting death occur naturally?

The program does a good job of exploring the “slippery slope” in the Netherlands and in Belgium, where those suffering from severe psychological issues can apply for euthanasia. Watching Antoinette, who suffered from life-long mental health issues, peacefully and happily go through the process – supported by family and friends – is an eye opener. It’s likely not something that will happen in the U.S. any time soon.

Long-form reports like this help to shine an important spotlight on end of life issues as seniors live longer with debilitating conditions and baby boomers start weighing their own options.

VICE is only available via subscription on HBO. You can watch Ghandi’s “Debrief” here.

About a one-third of U.S. states are considering some kind of “death with dignity” legislation this year. If your state is one of them, here are some questions to ask:

2 thoughts on “Focusing a lens on right-to-die issues”