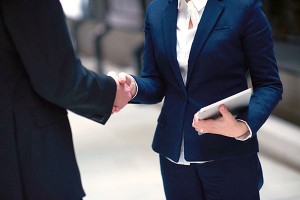 One big story health care journalists can pursue this year is whether federal and state regulators will approve the three pending health insurance company mergers. If they approve the proposals by Anthem to acquire Cigna, Aetna to buy Humana and Centene to purchase Health Net, we’ll cover what concessions regulators will require and how the mergers will affect health insurance markets.

We’ve already written about how the mergers could affect Medicare Advantage plans, hospitals and consumers.

Federal and state regulators are reviewing the antitrust issues, which Shelby Livingstone covered earlier this month in Business Insurance (registration required). There is no way to know how the U.S. Department of Justice would rule, she reported. The Federal Trade Commission also is reviewing the mergers, and recently the FTC has blocked other mergers it contends would negatively affect competition.

Another issue raised recently is the effect mergers will have on the insurer’s credit ratings. Leslie Small at Fierce HealthPayer wrote about this topic, citing a report from Standard & Poor’s (subscription required).

While S&P was noncommittal on whether the deals will be approved, J.K. Wall of the Indianapolis Business Journal reported that shareholders for Anthem and Cigna approved the merger proposal on Dec. 3, but other investors remain concerned about the deal. Wall explained that the stock prices of Aetna, Cigna and Humana have traded below the prices that the stocks had fetched when the deals were announced, a factor that could affect the merger proposals.

The S&P report was not designed for a consumer audience, but is nonetheless useful because it outlines the recent history of mergers and acquisitions among health insurers and explains the issues regulators consider. It predicts that because the Anthem-Cigna and Aetna-Humana deals are unprecedented in size and complexity, if approved they likely will not close until the second half of this year. In comparison, the Centene-Health Net merger is considered less complex and could closed as soon as February.

If the two bigger deals are approved, the merged companies could expect to cut administrative and operating costs significantly within two years, S&P added. A combined Anthem-Cigna would save $2 billion, Aetna-Humana $1.25 billion and Centene-HealthNet $125 million, the report said. A question that journalists should ask is what the insurers will do with the savings. 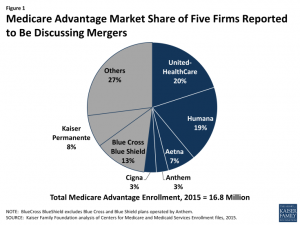 A big issue outside of the scope of the S&P report is how the mergers could affect the market for health insurance in the states where they do business. Executives from Leavitt Partners, a consulting firm that specializes in tracking mergers and acquisitions, addressed this issue in a blog last month for Health Affairs. If all three mergers happen as proposed, Alaska, Iowa, Kansas and Ohio could see a 60 percent increase in concentration among Medicare Advantage insurers, and Colorado, Connecticut and Georgia could get a 40 percent increase in concentration among health insurers, Leavitt said.

The American Medical Association also has identified states that lack robust insurance competition. The AMA’s latest report, “Competition in Health Insurance: A Comprehensive Study of U.S. Markets,” shows an absence of health insurer competition in 72 percent of the metropolitan areas studied, meaning the markets are rated highly concentrated based on DOJ and FTC guidelines. Seventeen states had a single health insurer with a commercial market share of 50 percent or more, with 45 states having two health insurers with a combined commercial market share of 50 percent or more. (See the bottom of this AMA press release for information on how to get a media copy of the report.)

The AMA said the 10 states with the least competition among health insurers were:

To get an idea of some of the issues the DOJ will consider, check out this speech by Assistant Attorney General William Baer, chief of the department’s antitrust division. For another view on the antitrust issues, read what Leemore S. Dafny wrote in the Harvard Business Review. Dafny is a former regulator and a highly regarded expert on health insurance company mergers.

For journalists covering insurance company mergers and competition in the insurance market, here are more resources: