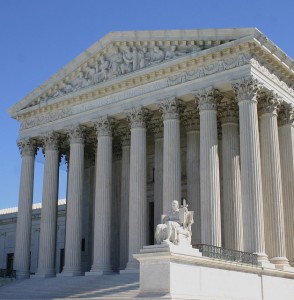 Here’s a story that’s easy to overlook but could affect the future of health care cost and quality management. On Dec. 2,* the U.S. Supreme Court will hear arguments in Gobeille v. Liberty Mutual, a case that could determine whether states can include data from employer-sponsored health plans when compiling information for all-payer claims databases (APCDs).

If you don’t look closely at the case, it may appear to be nothing more than arcane wrangling over whether employers can use a 1974 law to shield themselves from having to share their health insurance data with the public. But it has important implications for the 18 states that have passed laws to develop APCDs, and 20 others that are considering such legislation.

The issue in Gobeille v. Liberty Mutual is whether the Employee Retirement Income Security Act of 1974 (ERISA) pre-empts Vermont’s health care database law to collect health care cost and usage data from a company administering employee benefits from Liberty Mutual, a self-insured employer. SCOTUSblog has an excellent explanation of the case. (Update: Transcript of oral arguments)

For more than 40 years, employers have argued that ERISA protects them from state laws that require all health insurance plans to meet certain requirements in each state. Employers argue that having to match their offerings to different rules in 50 states is burdensome and costly. But the facts in Gobeille v Liberty Mutual appear to undermine Liberty Mutual’s argument. In this case, Liberty Mutual uses Blue Cross Blue Shield (BCBS) of Massachusetts as a third-party administrator for its employee benefits plan.

The plaintiff in the case is Alfred Gobeille, a businessman who is chairman of the Green Mountain Care Board (GMCB). The board “is responsible for controlling the rate of growth in health care costs and ‘improving the health of Vermonters’ through a variety of regulatory and planning tools,” according to Vermont law. One of those tools is the state’s all-payer claims database. We’ve about written the important role APCDs can play in helping states and all payers to manage costs and quality. In our Nov. 12 webcast, we explained how APCDs could help consumers and others evaluate physician quality.

This case is important, as Peter Hirschfeld wrote for Vermont Public Radio, because bigger databases are better than smaller ones. Hirschfeld quoted Gobeille, writing, “It would be awful tough to judge the majesty of the Green Mountains through the vision of a drinking straw. And so it’s the same thing in health regulation – the smaller the pool you can look at, the more inaccurate you are.”

And, consider this: almost 60 percent of U.S. workers with health coverage are in self-insured plans, as Lisa Schenker reported in Modern Healthcare.

For more on Gobeille v. Liberty Mutual, see this issue brief from the National Academy of State Health Policy. For information on the progress of states developing APCDs, see this interactive map from the APCD Council.

*Editor’s note: This post has been updated to reflect the correct day of oral arguments.