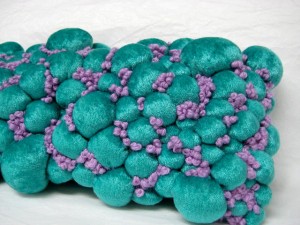 For much of modern medical history, the elusive holy grail of medical research has been a “cure for cancer.” Today, scientists have a better understanding of cancer, the diversity of cancer types and the fact that “cure” probably is not the correct word – ever – to use in discussing cancer treatment.

Yet not all journalists appear to have gotten that memo. A study posted Oct. 29 in the Research Letter section of JAMA Oncology explored how often “cure” and nine other similarly exaggerated terms were used by the media when describing new cancer medications. What they found is nothing to brag about.

The authors searched each term in conjunction with “cancer drug” in Google News between June 21, 2015 and June 25, 2015 — just five days. The ten terms are all ones a typical reader will recognize: breakthrough, game changer, miracle, cure, home run, revolutionary, transformative, life saver, groundbreaking and marvel. In fact, several also appear on Gary Schwitzer’s list at Health News Review of 7 Words (and more) You Shouldn’t Use in Medical News (which also includes “promising,” “dramatic,” “hope” and “victim”).

Then one of the researchers read each of the 94 news stories found to record the drug described, whether it had been approved by the U.S. Food and Drug Administration, whether the data came from a human trial or preclinical (animal or in vitro) studies and who used the superlative term, among other details. A hematologist-oncologist then classified how each drug worked.

But only half these drugs had even been approved by the FDA for at least one indication. Worse, a sixth of the drugs described in glowing terms had little more than mouse, cell culture or other preclinical data to back it up.

While doctors made up more than a quarter of the offenders in using such hyperbole, more than half (55 percent) were journalists themselves making the overstatement without attributing it to anyone else. Fewer than 10 percent were industry experts, the only ones who might (might) have an excuse to use such superlatives.

The researchers admittedly conducted the search three weeks after the 2015 American Society of Clinical Oncology conference, but it’s right then — when the most cancer news is likely to come out — that journalists need to be the most vigilant about cleansing superlatives from their mind and writing. As the authors noted, journalists “may not have the expertise to identify the most promising medical therapies, or what magnitude of benefit warrants a superlative.” I would go further: they almost certainly lack the expertise, and in the rare cases where they might have expertise they still have no business making such pronouncements.

“These news articles may be important sources of information to patients, the public, and investors — with a broader reach than medical journal articles,” the authors wrote. “However, omission of medical context or use of inflated descriptors may lead to misunderstandings among readers.” Indeed, among other negative outcomes, such language could mislead readers down a painful path of false hope.