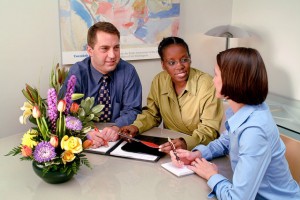 The U.S. Department of Health and Human Services reported this fall that the number of people covered – that is, enrolled and paid up – in the ACA exchanges had dipped to 9.9 million as of June 30.

The drop off was similar to what occurred the prior year and was in keeping with expectations. Earlier in the year, 10.2 million were fully covered – and 11.7 had initially signed up but, as expected, not all had paid their premiums.

A lot of this drop off is thought to be affordability – people just decide they don’t want to pay for insurance after all, even if it’s in large part subsidized. And we also know that there’s always been a lot of turnover in the individual market, people buy coverage between jobs etc. But we don’t have a lot of great data about who is leaving the exchange or why.

I’ve wondered – and not seen good data on this either (but keep reading) – how much of a role the improving job market is playing. How many people who are leaving ACA exchanges are getting jobs with health benefits?

In California, at least, we have a glimpse.

Paul Sisson of the San Diego Union-Tribune reports on a study from Covered California that found that close to half of the 700,000 people who dropped out of the state exchange in the past two years had enrolled in an employer-based plan. (I’m not sure if they were all covered employees, or were just covered by a spouse or partner, but it is considered employer-based coverage.)

Sisson wrote that 44 percent of the people received employer coverage, 16 percent enrolled in Medi-Cal (the state’s Medicaid program), 13 percent received coverage outside the exchange and 11 percent enrolled in health plans “from other sources.” About 15 percent went back to being uninsured. (He didn’t specify “other sources” but I am guessing that would include people turning 65 and getting Medicare.)

Anthony Wright, executive director of the nonprofit Health Access advocacy group in California, told Sisson that more needs to be known about turnover in the exchanges, particularly those 15 percent who do end up uninsured. “We need to know what caused these folks to drop out. Was it confusion, affordability or something else?” Wright said.

I haven’t seen similar data from other states – and states running their own exchanges should have a better handle on the situation than the federal exchange. Email me at Joanne@healthjournalism.org if you have gotten solid numbers from your own states and help us get a better picture.