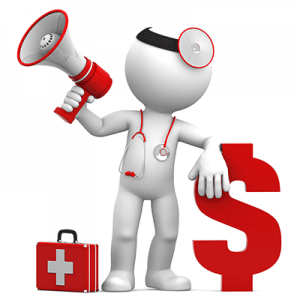 Announcements from the U.S. Department of Health & Human Services last week on rules about bundled payments for hip and knee replacement surgeries, home care, and physician payment reform, move the agency forward in its goal to move 50 percent of fee-for-service Medicare payments into alternative payment models by the end of 2018.

On Thursday, CMS proposed to test a bundled-payment program which would hold hospitals accountable for the quality of care they deliver to Medicare fee-for-service members who have hip and knee replacement surgeries. “This proposal furthers the administration’s commitment to transform our health system to deliver better quality care and spend our health care dollars in a smarter way,” CMS said.  The agency is soliciting comments on this proposal (PDF) until Sept. 8. After reviewing the comments, CMS is expected to implement the program by Jan. 1, 2016.

Under a bundled payment program, CMS would pay hospitals a fixed amount for hip or knee replacement surgery including recovery from surgery. That means CMS will not accept separate bills from hospitals, physicians or other providers for each individual service involved in the surgery and recovery.

Under the proposal, CMS will require 800 hospitals in 75 areas to test bundled payments for about 100,000 hip and knee replacement surgeries. These procedures are among the most common that Medicare beneficiaries receive. In 2013, CMS paid $7 billion for 400,000 inpatient joint replacement surgeries.

One key element of this proposal is that CMS will require hospitals to participate. In previous bundled-payment initiatives, hospitals and other providers were encouraged to apply to participate. In Modern Healthcare, Virgil Dickson and Melanie Evans  explained that the initiative shows that CMS is serious about moving away from FFS and that voluntary bundled payment efforts are unlikely to do so.

Another key element of this program is that CMS would hold the hospital that does the surgery accountable for the quality and costs of care for the entire episode of care. The episode of care was defined as beginning at the time of the surgery and running through 90 days after discharge. In that time, if a patient develops an infection related to the surgery, the hospital and other providers would be responsible for that patient’s extra care and the increased cost. By holding hospitals accountable for potentially avoidable complications, CMS expects to improve quality.

In the Los Angeles Times, Chad Terhune explained that, “Officials said the rate of complications, such as infections or implant failures, can be three times higher at some facilities than others. That can boost the odds of a costly readmission.”

Another key element involves cost control. In its announcement, CMS said payments for these surgeries averaged $16,500 to $33,000, including hospitalization and recovery. Some of the variance in costs is due to geographic differences in price but other variance is due to what providers charge. By setting a fixed rate, CMS expects to save $150 million over the five-year life of the initiative.

Louise Radnofsky and Stephanie Armour explained in The Wall Street Journal that, under the program, hospitals and physicians would have an incentive to work together. “Providers that performed well would get bonuses, and providers that did not would be required to repay Medicare a portion of the costs,” they wrote.

In reaction to the proposal,  Blair Childs, senior vice president of public affairs of Premier Inc., a group-purchasing organization for hospitals, said the proposed rule requiring hospitals to assume the risk associated with a 90-day joint replacement episode of care is too much, too fast. “A voluntary, national program would ensure that only providers who are ready to take on this challenge enter the program, avoiding unintended consequences,” Childs added.

Under a new payment model, CMS will raise or lower what it pays home care agencies depending on the provider’s performance in nine states to be selected at random. “Payment adjustments would be applied on an annual basis, beginning at 5 percent and increasing to 8 percent in later years of the initiative,” CMS said. The agency is soliciting comments on this proposal until Sept. 5. After reviewing the comments, CMS will implement the program by Jan. 1, 2016.

A third announcement last week from CMS involves rules proposed Wednesday to reform how physicians are paid.  We covered these new payment methods in April when Congress eliminated the sustainable growth rate formula when it passed the Medicare Access and CHIP Reauthorization Act of 2015. At the time, health policy experts said the law called for the most significant changes in Medicare payment in the program’s 50-year history. CMS is seeking comment on this proposal for 60 days.