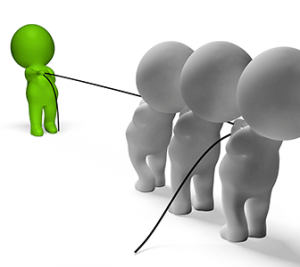 Last month, we wrote about the back-and-forth between the New England Journal of Medicine and BMJ regarding conflict of interest policies for researchers who write commentaries or review articles. But conflicts of interest can show up in more than one way in covering medical research – including among journalists and journalism outlets themselves.

In a piece at HealthNewsReview.org, veteran health journalist Trudy Lieberman discusses the confusing and “unsavory” partnership between the Mayo Clinic and Twin Cities NBC affiliate KARE 11 in Minneapolis, where sports news is delivered from the “Mayo Clinic’s Sports Medicine Sports Desk.”

Despite multiple interview requests, Lieberman was unable to learn details about the financial arrangements, but she outlines the way the ad-editorial wall has been torn down in this arrangement. For example, aside from Mayo Clinic ads across the bottom of football, basketball and baseball games, the same anchor who announces the lead-in to the sports news also covered the grand opening day of Mayo Clinic Square, which includes Mayo Clinic Sports Medicine.

Lieberman’s case study – worth a read in full – covers what appears to be a trend in which the lines have blurred between journalism “content” and advertising or marketing “content,” as the Boston Globe reported in May. While much of the Globe article focuses on entertainment marketing, the stakes are higher in health reporting, where consumers must trust a journalist to accurately represent evidence that will influence health decisions the consumers make, including possible life-or-death decisions.

But should a consumer trust a journalist who has been potentially influenced in the very same way that researchers receiving industry funding might be influenced? The answer is the same: There is no way to know. That means journalists, just like researchers, need to think about the implications of how they cover research and what workshops they attend. HealthNewsReview has written multiple times about all-expenses-paid National Press Foundation workshops sponsored by organizations such as the Mayo Clinic and Pfizer.

The balance is even trickier for physicians who are journalists or at least media personalities. Is it possible for a doctor to ethically cover new research, such as the evidence on pelvic exams or mammograms, if they are simultaneously acting like a doctor giving recommendations?

There are other ways journalists may be influenced by industry as they report on medical research, such as reporting on non-peer-reviewed studies and surveys sponsored by industry or conducting celebrity interviews sponsored by industry on a particular topic. That’s not to say a journalist should always turn down these offers – there are times when such an interview may actually be newsworthy and can be balanced with interviews from other experts on the issue. But I did not hesitate recently in choosing to not cover a survey about physical activity sponsored by a soft drink company.