Byron Harris and his colleagues at WFAA-Dallas have been reporting on Medicaid dental fraud in Texas for years. 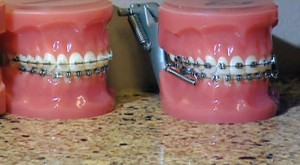 The allegations of widespread fraud and abuse related to braces for poor children first came to light in their 2011 Crooked Teeth investigation.

The “Crooked Teeth” stories revealed that Texas was spending more on Medicaid orthodontic services than the nation’s nine other most populous states combined. The reports raised questions about whether dentists were providing unneeded braces to Medicaid children and sending the program the bill.

Now, there’s a new chapter to the story. Federal officials have concluded the state owes $133 million for unnecessary dental work.

“Texas paid $191,410,707 for unallowable orthodontic services from 2008 through 2010, according to a federal investigation,” Harris told viewers June 3. “And officials say the federal government now wants a large portion of that money back.

“The findings are in a report compiled by the Office of the Inspector General of the Department of Health and Human Services in Washington. The report – which took four years to complete – puts a price tag on one of the largest scandals in the history of the Texas Medicaid program,” Harris noted. As he pointed out in the story, dentists filed the claims and the state approved them, but a state contractor oversaw the approval process.

A Xerox subsidiary, Texas Medicaid and Healthcare Partnership (TMHP), began processing Medicaid claims for the state in 2004. TMHP’s contract endured even after a 2012 federal audit found the company had been ‘essentially rubber-stamping” dental claims. Last year, the office of the Texas Attorney General announced it was suing Xerox in hopes of reclaiming hundreds of millions of dollars the company allegedly paid out for medically unnecessary Medicaid claims. At the same time, the state’s Health and Human Services Commission announced it was terminating its contract with TMHP.

In the new report, federal investigators say that although the contractor was remiss, the state still is on the hook for the misspent Medicaid funds.

“Although TMHP failed to approve requests for prior authorizations of Medicaid orthodontic services in accordance with State Medicaid guidelines, the State agency is ultimately responsible for contractor compliance and therefore responsible for unallowable costs,” the report said.

The investigators reached their conclusions by examining a random sample of claims submitted by Texas dentists over a 33-month period from 2008 to 2010.

They found many lacked proper documentation and that most were improper, even if they did include the required documents.

A single dentist was responsible for “examining all the dental claims submitted statewide in a program that served as many as 80,000 children per year at its peak,” Harris reported.

“The one dentist, he really didn’t do anything,” Matt Moore, an investigator for the federal OIG told News 8. “He just approved everything that went through.”