Though deep disparities in oral health remain, preliminary findings in a new federal report suggest that tooth decay among American preschool children may be declining overall. 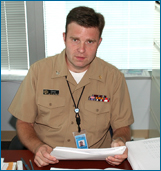 Experts stress that the study, detailed in a National Center for Health Statistics data brief from the Centers for Disease Control and Prevention, reflects just two years’ worth of data, but hail the news as hopeful.

About 23 percent of children age 2 to 5 years had decay in primary teeth, according to 2011-2012 data from the ongoing National Health and Nutrition Examination Survey (NHANES), which has become an important tool for assessing the state of the nation’s oral health.

“It’s encouraging to see a five-point reduction among kids 2 to 5,” Patrice Pascual, executive director of the nonprofit Children’s Dental Health Project, told the New York Times. Even so, Pascual told writer Catherine Saint Louis that the data also shows nearly a quarter of young children still have an infection that can put them at risk for decay.

The new numbers indicate more preschoolers may be getting dental attention. The data brief said 10 percent of preschoolers had untreated decay, down from 19 percent in the earlier report.

“This is the lowest percentage we have seen in the past 25 years,” Bruce Dye, D.D.S., M.P.H., lead author of both reports, told the Times.

Officials at the American Dental Association in a statement reacted with guarded optimism, noting that “the preliminary numbers are encouraging, but they reflect only the first two years of what will be a longer and more comprehensive survey, and we look forward to seeing a final report.”

Despite the apparent improvement overall, the report notes dental disease and treatment disparities persist, particularly among children and adolescents of racial minorities.

The brief said 44 percent of white children received preventive care in the form of dental sealants, compared with 31 percent of non-Hispanic black and Asian children.

The new NHANES data also found high disease rates in older children, age 12 to 19 years, with 58 percent (nearly three in five) experiencing decay in permanent teeth. That was down very slightly from the 2007 study. Showing more improvement was the finding that 15 percent of adolescents had untreated decay, down from 19.5 percent.

For some ideas on using NHANES as a reporting resource, see this new tip sheet.