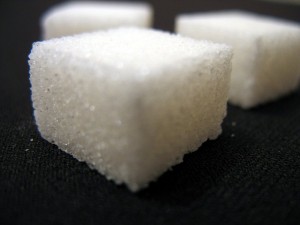 Under the influence of the sugar industry decades ago, federal health officials stepped back from an ambitious campaign to wipe out tooth decay, according to a newly published study.

Researchers from the University of California, San Francisco, analyzed previously unexplored sugar industry documents from the 1960s and early 1970s to reach their conclusions. The paper describing the findings appeared in March in PLOS Medicine.

Developing strategies to reduce sugar consumption were originally considered to be of major importance to the effort. But researchers found that, under the sway of the sugar industry, health officials realigned their research priorities to focus on measures such as fluoride delivery, a tooth-decay vaccine, and food additives that might mitigate the dangers of sugar.

“They were very interested in looking into ways to somehow re-engineer sugar so … that it was less harmful to teeth,” study co-author Laura Schmidt, Ph.D., M.S.W., M.P.H., told Allison Aubrey, who reported on the study for National Public Radio.

“But none of these research agendas panned out,” observed Schmidt, a professor of health policy at UCSF.

It wasn’t just the sugar industry that was paying for the research, Schmidt reminded NPR. Taxpayer dollars supported it, too. The researcher said the lessons drawn from the decades-old documents remain relevant.

“This is a lesson from history on how impactful industry can be in shaping scientific research,” Schmidt told NPR. “As a result of industry influence, [the federal government] mis-spent a lot of taxpayer research funds on cures for dental disease that would never pan out.”

As Aubrey reported, the industry itself has had little to say about the study.

“The Sugar Association, in a statement, says it can’t comment directly on documents and events that ‘allegedly occurred before and during Richard Nixon’s presidency, given the staff has changed entirely since the 1970s,’” Aubrey reported.

In another piece about the study, Roberto A. Ferdman, writing for The Washington Post’s Wonkblog linked the findings to a more recent example of industry influence on public health policy.

“These days, the sugar industry might not wield the same level of power it did when these documents were written, but it still spends a lot of money to get its way,” Ferdman wrote.

”In 2009, for instance, ahead of a possible federal excise tax on sugary drinks, the American Beverage Association, Coca-Cola Company, and PepsiCo spent nearly $40 million to prevent the policy proposal from passing into law. The effort was unsuccessful.”

Looking back to the National Caries Program, the authors of the study concluded NCP was “a missed opportunity to develop a scientific understanding of how to restrict sugar consumption to prevent tooth decay.”

Ferdman ended his blog with a meditation on the cost of that missed opportunity.

“Tooth decay, though preventable, is still widely prevalent in the United States. It’s the most common chronic disease among children and adolescents, according to the Centers for Disease Control and Prevention. And it affects adults, too – as much as 90 percent of them in some way or other, per the CDC. Eradicating it, as we aspired to in the 1960s, might be a bit far-fetched. But it’s easy to imagine there could have been more progress made if the government had not been influenced so much by the industry.”