“By the time the helicopter landed, he was already $12,196.37 in debt,” wrote Dianna Wray, a staff writer for the Houston Press. Her article about Alaniz, “Getting Stuck: Uninsured Patients Slammed with Lawsuits by Not-for-Profit Hospital,” was recognized as one of the best examples of health journalism in the business (small) category in AHCJ’s Awards for Excellence in Health Care Journalism. In a new “How I did it” article, Wray explains how her reporting led her to many more cases of patients being sued for medical debt and some of the reaction the story generated.

Being uninsured, Alaniz was worried about the cost of his emergency treatment and extended care. The hospital staff assured him and his girlfriend that because it was a nonprofit facility it would work them to help them pay for his care. Nine months later they received a bill for $444,518.11 and the hospital’s financial counselor had stopped returning their calls.

“On January 5, 2013, Alaniz was served papers informing him that Memorial Hermann Health System, the largest nonprofit hospital in Houston with a flagship facility in the heart of the city’s world-famous medical center, was suing him for $456,675.23 — the sum of his bill plus interest and $2,500 in legal fees.” 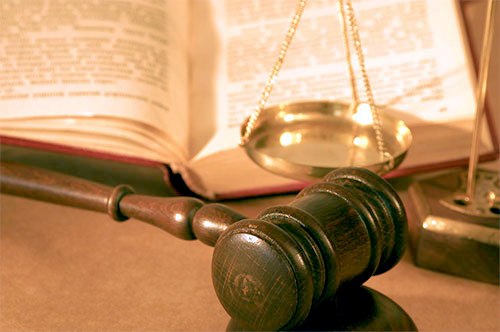 On July 24, 2013, the Houston Press published Wray’s 4,800-word article in which she details the ordeal Alaniz went through and how district court records showed similar cases that Memorial Hermann brought against uninsured patients. When she asked for a comment, a hospital spokesman explained that the facility treats more uninsured patients than any another hospital in Houston and donated more than $400 million in medical care annually. But the hospital did not see any contradiction in being a nonprofit facility and a debt collector.

Wray’s article is a good place to start for anyone covering how nonprofit and public hospitals are suing the uninsured and other patients with few resources to pay for expensive medical care.

For another example of how to cover this topic, the work of journalists Paul Kiel of ProPublica and Chris Arnold of NPR reported in December that nonprofit hospitals are required to offer discounted care to the poor but nonetheless often sue low-income patients. In doing so, they frequently garnish portions of their paychecks, they reported in, “From the E.R. to the Courtroom: How Nonprofit Hospitals are Seizing Patients’ Wages.”

“No one tracks how many hospitals sue their patients and how frequently, but ProPublica and NPR found hospitals that routinely did so in Kansas, Oklahoma, Nebraska, and Alabama, as well as Missouri,” wrote Kiel and Arnold. “The number of suits is clearly in the tens of thousands annually. In Missouri alone, hospitals and debt collection firms working for them filed more than 15,000 suits in 2013.”

Kiel followed up the reporting on nonprofit hospitals with a similar article about public hospitals that were suing patients who had trouble paying their bills even though public hospitals often serve as facilities of last resort for the poor. In his article, “In Alabama, a Public Hospital Serves the Poor — With Lawsuits,” he wrote that about 20 percent of U.S. hospitals are public facilities that must provide care to those who can’t get care anywhere else.

In her “How I did it” article, Wray explains that, as Kiel and Arnold did, she pored over court records to get an idea about how many hospitals were suing patients and how many cases Memorial Hermann brought. Read her piece for more about how she reported the story.