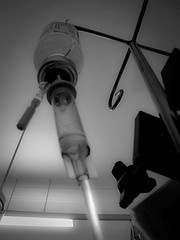 The pace of closures has picked up in the past few years; the hospitals blame readmission penalties under the ACA, inadequate federal reimbursement policies, and the mandate to switch to costly electronic health records.

It’s also clear that the problem is more widespread in the states that have not expanded Medicaid, such as Georgia and Alabama.

“The stand-alone, community hospital is going the way of the dinosaur,” they quote Angela Mattie, chairwoman of the health care management and organizational leadership department at Connecticut’s Quinnipiac University, as saying.

The closings threaten to decimate a network of rural hospitals the federal government first established beginning in the late 1940s to ensure that no one would be without health care. It was a theme that resonated during the push for the new health law. But rural hospital officials and others say that federal regulators — along with state governments — are now starving the hospitals they created with policies and reimbursement rates that make it nearly impossible for them to stay afloat.

Not all hospitals deserve to be saved. And health care is moving away from “hospitals” and into more of an outpatient, community-based setting. But some of the threatened hospitals are “still providing good and needed care.” If they close, there are serious questions about access to time-sensitive emergency care, for instance for heart attacks, strokes, trauma and pregnancy complications when minutes may matter.

The story covers a lot of ground (including the difference between “regular” rural hospitals and critical access hospitals). This is a story that can be told in just about every state. What hospitals are endangered? What could – or should – be done to save them? How much is ACA the culprit and how much is it the scapegoat? And perhaps most interestingly, what happens to a community when a hospital closes?