People with low socioeconomic status are more likely to act in ways that harm their health compared with those higher on the ladder of income and social stature.

On average, they smoke more, they exercise less and their diet is less wholesome. As a group, they are even less likely to use seatbelts. Researchers have struggled for years to understand why this is so. It involves more than the inability to pay for goods and services that promote health. Cigarettes are expensive, after all. Walking and many other forms of exercise don’t require money, and neither does clicking a seatbelt. 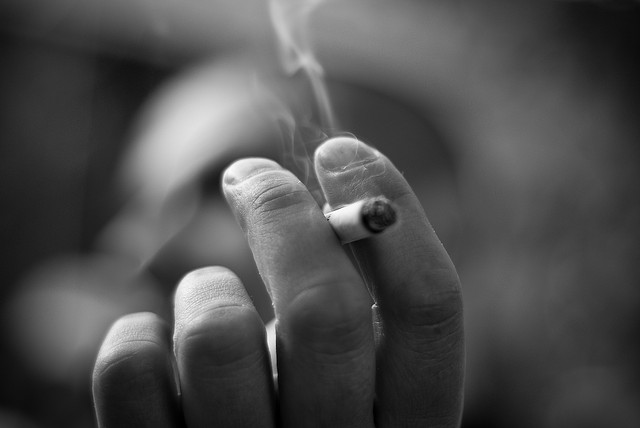 One explanation that’s drawing a lot of media attention, perhaps to the point of going overboard, is the idea that poverty overloads the capacity of the brain to make sound decisions. This is the hypothesis advanced in “Scarcity,” an important, fascinating – and expertly publicized – book by behavioral economist Sendhil Mullainathan and cognitive psychologist Eldar Shafir that has been the basis for dozens of news reports since it was published in August.

“The limited bandwidth created by poverty directly impacts the cognitive control and fluid intelligence that we need for all kinds of everyday tasks,” Emily Badger wrote in a report for The Atlantic. Shafir told her, “When your bandwidth is loaded, in the case of the poor, you’re just more likely to not notice things, you’re more likely to not resist things you ought to resist, you’re more likely to forget things, you’re going to have less patience, less attention to devote to your children when they come back from school.”

“The poor are under a deadline that never lifts, pressure that can’t be relieved,” writer Maria Konnikova offered in a blog post for the New York Times “Great Divide” series. “If I am poor, I work or I churn until decisions like buying lottery tickets begin to seem like attractive alternatives. I lack the time to calculate the odds and think of alternative uses for my money.”

These are well written, informative and lively reports. But as a whole, the blitz of coverage related to “Scarcity”is missing important context. Poverty and social inequality shape behavior in many different ways. A couple of years ago, journalists fixated on the trendy idea that unhealthy behavior can spread like a communicable disease through social networks. Now scarcity is having its moment in the spotlight. Meanwhile, all of the other social, psychological and political forces that press on people on the lower rungs of the socioeconomic ladder get little or no consideration, even though their influence may be of equal or even greater importance.

In an excellent review article, Fred C. Pampel, Patrick M. Krueger, and Justin T. Denney break down the evidence for and against nine major pathways by which socioeconomic status shapes health behavior. Here’s a quick rundown:

1. Self-medicating response to stress: Smoking, overeating, and inactivity provide pleasure and relaxation that help regulate mood among the disadvantaged. This “self-medicating” function makes these behaviors tough to give up.

2. Fatalism and discounting the future: Lower lifetime earnings and wealth give people less reason to invest in future longevity and more reason to focus on the present in making decisions about health behaviors. People in disadvantaged circumstances may believe they gain little in terms of longevity from healthy behavior and feel fatalistic about their ability to act in ways that extend their lives.

3. Latent traits: Some traits related to intelligence and self-control are set early in life and to some extent determine school and employment success as well as adult health behaviors. To what extent remains a matter of huge debate.

4. Class distinctions: As with fashion, people adopt lifestyle habits at least partly to reinforce their social position. Class distinction is part of what motivates more educated and wealthy people to swear off cigarettes, adopt a Mediterranean diet and spend hours per week doing yoga and Pilates. Likewise, class distinction may also motivate people with less education and income to set themselves apart with behavior like smoking that have come to symbolize independence, toughness, and freedom from convention.

5. Lack of knowledge and access to information: People with limited education are less knowledgeable of the harm of unhealthy behavior. If they live in a disadvantaged neighborhood, they are likely to be exposed to more advertising that promotes tobacco, liquor and unhealthy food.

6. Education and efficacy: Schooling increases problem-solving skills, ability to process information, self-control and efficacy. These are useful tools for overcoming the inertia of inactivity, the discomfort of exercise, and the desire for tobacco, unhealthy foods and excess calories.

7. Ability to pay: Adopting healthy behaviors does not always require money, but having money makes it easier to take steps such as buy nicotine patches to quit smoking, join a health club, or eat fresh fruits, vegetables, and lean meats. In this way, disposable income can help overcome low education, efficacy, and agency.

9. Social support, cohesion, and peer influence: Networks of family members, relatives, friends, and neighbors can support healthy behavior, discourage unhealthy behavior, and share information on ways to change. Or they can do the reverse. Wealthier and more educated people tend to associate with other high-SES persons in networks that promote health. People with less education and living in poorer neighborhoods have networks that can promote unhealthy behavior.

The research does suggest that it takes more than self-motivation to overcome poverty and the social determinants of unhealthy behavior.

“We need to make certain they have good housing, job skills training and/or education, help build parenting skills, manage finances, deal with transportation issues, and other basic needs,” Elisabeth Babcock, the leader of a nonprofit for the poor, told WBUR reporter Rachel Zimmerman, in a report that provided more context than most of the recent coverage on the psychology of scarcity. “People need to know that getting out of poverty is a journey that takes years, not months,” Babcock said.