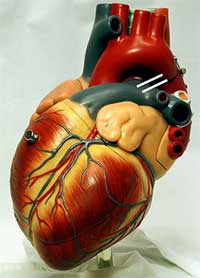 The average annual rates for first cardiovascular event rise drastically with age – from three per 1,000 men from 33 to 44 years old, to 74 per 1,000 men in the 85-to-94 age group. For women, comparable rate rises occur 10 years later than men.

Of the estimated 82.6 million Americans who have one or more types of cardiovascular disease, the American Heart Association says about 40 million are age 60 or older.

Many of the problems older people have with their heart and blood vessels are really caused by disease, not by aging. For example, an older heart can normally pump blood as strong as a younger heart; less ability to pump blood is caused by disease. But, changes that happen with age may increase a person’s risk of heart disease.

Get more facts, stats and resources for your reporting on heart disease.