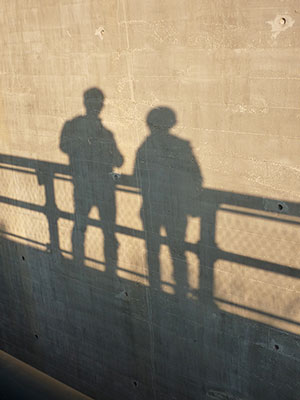 Providing mentally ill older adults with home based services can be logistically daunting and expensive. However, a study in the March 3 issue of The American Journal of Geriatric Psychiatry found 10 long-standing programs that the authors say can serve as successful models for other communities.

About 10 percent of the 40 million people over age 65 are considered homebound and require home-based care. Homebound older adults are twice as likely to be suffer from depression and other mental disorders as their community dwelling counterparts. Inadequately treated or undiagnosed mental health problems can lead to poorer medical outcomes, greater functional limitations, increased social problems and increased risk of premature death. It also leads to higher rates of health care use and premature institutionalization.

Reifler and Bruce analyzed 10 programs under consideration for an award from the American Association for Geriatric Psychiatry. Eight were part of community agency efforts and two were part of a medical school department of psychiatry. Six programs were geared primarily to individuals with anxiety and depression and used various psychotherapy approaches. The other programs accepted patients with any psychiatric diagnosis, including dementia, and included medication management as part of their services.

The programs were geographically diverse – located in California, Colorado, Georgia, Kansas, Massachusetts, New York, North Carolina and Pennsylvania. They handled from 50 to 300 new cases per year, and the staffing varied from two to 13 full- and/or part-time professionals,

The annual budget for the programs ranged from $30,000 to $1,250,000. Budget sources included some combination of public funds, philanthropy, and fee-for-service income. Fee-for-service revenue was usually a combination of Medicare, Medicaid, and private insurance. Accepting Medicare reimbursement meant that patients had to meet Medicare’s definition of homebound, which includes both individuals who are unable to leave the home as well as those for whom it would require a taxing effort to do so. Some programs had been in existence only five or six years; others had a track record dating back to the early 1970s.

The authors found that many diverse communities offer “excellent programs that have stood the test of time.” Although they rely on various models, all of these programs share a strong common belief in the need for community-based mental health programs for older adults, have learned to work within the requirements of their parent organizations, establish additional partnerships, and overcome financial and regulatory challenges.