“For many patients, a prescription for housing or food is the most powerful one that a physician could write, with health effects far exceeding those of most medications.”
– from Housing as Health Care — New York’s Boundary-Crossing Experiment 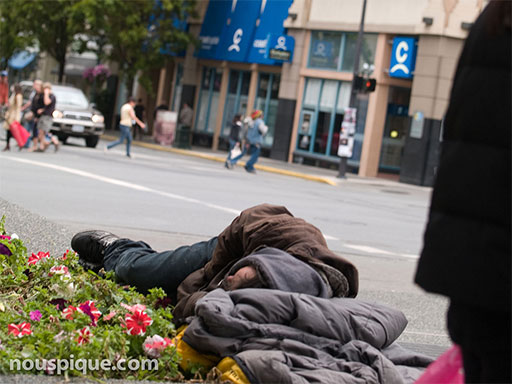 Housing First is a health care strategy based on the idea that secure, affordable housing is a necessary first step to care effectively for homeless people with chronic mental health and substance abuse problems. There is some evidence that this approach may, in some circumstances, even save taxpayers money (but probably not as much as is often claimed).

In a much-cited 2009 study in Seattle, researchers analyzed medical and law enforcement costs for 91 people given supportive housing and found that costs dropped to about half the level seen among 35 comparable homeless people on a waiting list.

Cities from coast to coast are ramping up efforts to provide housing as a health care solution. Reporters who keep an eye on this trend won’t be lacking for stories to pursue. There’s a lot of money at stake, for one thing. And, despite all the potential for helping people, it’s questionable whether all these projects will really save money, especially if they house more than just the heaviest repeat users of emergency rooms and jail cells. Other aspects of the Housing First model are bound to stir controversy (more on this below).

In New York, the state government is working out a deal to use federal Medicaid dollars to pay for housing for people who are homeless or unstably housed (including those living in nursing facilities only because they lack homes in the community). Here’s how Nirav Shah and colleagues talked it up in a recent commentary in the New England Journal of Medicine:

“We envision a Medicaid system in which spending on social determinants of health such as housing is not only allowable, but recognized as a best practice. Work toward this goal could begin through state Medicaid waivers and demonstration projects, which would produce evidence to guide best practices that could then be expanded through federal law and incentives. New York’s plan to use Medicaid for supportive housing represents one such experiment that crosses traditional boundaries to improve care for high-need, high-cost Medicaid recipients.”

Others examples include the 10th Decile Project in Los Angeles, where hospitals and service organizations are attempting to provide permanent housing for the 10 percent of homeless patients with the highest public and hospital costs.

The At Home/Chez Soi project funded by the Canadian government is providing stable housing to homeless people with chronic mental illness. Canadian researchers compared participants to a control group and found they gained on measures of social functioning and appear to be using emergency rooms less. And “for every ten dollars spent on housing, seven dollars are saved in health and criminal justice costs,” a researcher told reporter Trudy Lieberman.

Housing First, a model developed by New York-based Pathways to Housing and others, has occasionally provoked controversy because of its “harm reduction” approach. Tenants are not required to take part in rehab or abstain from drugs or alcohol to remain eligible.

New proposals for Housing First projects are bound to face at least some NIMBY opposition from neighbors. Some of the ethical questions aren’t easily answered. How should housing agencies handle residents who continue to use illegal drugs? What if the residents who continue to drink or use drugs have children living with them? Will addiction treatment services and mental health treatment be funded adequately to serve everyone who seeks help?

And how will agencies decide the lucky few who will qualify for supportive housing? The available housing units aren’t likely to accommodate more than a fraction of the people in need.  The most difficult problem facing the 10th Decile Project  in Los Angeles “is lack of access to permanent  supportive housing and extended delays in obtaining housing subsidy vouchers that enable patients to pay rent,” according to a report from the sponsoring agencies.

Because federal Medicaid rules do not allow capital funding to build and refurbish housing units, New York and other states hoping to tap that funding source “will face a struggle to expand access to the model at a scale that matches the need,” Shah and colleagues point out in their NEJM commentary. This issue of capital costs often gets ignored in news reports about the promise of supportive housing.

In fact, a lot of the news coverage to date about housing-as-health care overstates the potential cost savings, leaves out crucial details or uncritically parrots the claims of housing advocates who emphasize the money-saving angle to drum up support. Seattle’s success gets touted repeatedly, but more recent equivocal, statistically insignificant results in Chicago go unnoted, as do the findings of a five-city study in which clients in supportive housing wound up costing significantly more than a comparison group of people not given housing. (Residents’ quarterly per-person health care costs totaled $4,544  vs. $3,326 among controls due to increased use of outpatient mental health and substance abuse services.)

A recent feature in The Atlantic, for instance, reported that Seattle’s program cut per-person monthly medical and criminal justice costs from $4,066 before the study to $1,492 after six months of housing – a 63 percent reduction.  The news story didn’t explain that costs also dropped substantially among the wait-list control participants, from a median of $3,318 a month prior to the study to $1,932 at six months. (Regression to the mean yo!)

The statistical analysis by the researchers in Seattle concluded that the average savings relative to the control group was about $2,449 per person per month, a roughly 50 percent reduction.

But get this: The Seattle study’s cost savings estimate did not incude the capital costs of building and refurbishing apartments. This vital point was missing from The Atlantic story and every other news story discussing the Seattle study that I’ve seen. The problem here is that “the capacity to raise such capital will determine which communities are able to consider Housing First at all,” Stefan Kertesz and Saul Weiner pointed out in an insightful commentary in the Journal of the American Medical Association in 2009.

Coverage that overlooks such details isn’t just imprecise. It’s also bound to create unreasonable expectations in the eyes of taxpayers and elected officials. And it makes no room for an important question about the cost effectiveness of housing-as-healthcare. Shouldn’t it be judged by the same standard as other medical interventions, that is, in terms of quality-adjusted life-years gained, not the ability to save money?