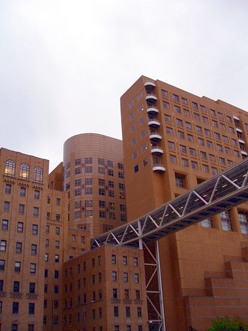 Here’s a sign that paying more for better care and paying less for inadequate care is taking hold in a significant way. The federal Centers for Medicare & Medicaid Services (CMS) reported this week that 1,231 hospitals will get a performance bonus in fiscal 2014 under its Hospital Value-Based Purchasing program and 1,451 hospitals will receive an overall decrease in Medicare payment. Fiscal 2014 is the second year of the VBP program.

“We think this second anniversary deserves recognition – it’s a sign that value-based purchasing in Medicare is becoming routine,” wrote Patrick Conway, MD, in a blog post on the CMS site. Conway is CMS’ chief medical officer and director of the Centers for Clinical Standards and Quality.

“The Affordable Care Act gave CMS many new tools to convert Medicare from a program that paid for decades on automatic pilot into one that deliberately pays to promote better health,” Conway added. “Now, thanks to one of these tools, the Hospital Value-Based Purchasing program, Medicare is no longer a program that just pays the bills. Acute-care hospitals across the country not only are paid more for higher quality care, they also have skin in the game.”

Jordan Rau at Kaiser Health News had one of the best explanations of the program, writing: “More hospitals are receiving penalties than bonuses in the second year of Medicare’s quality incentive program, and the average penalty is steeper than it was last year, government records show. Medicare has raised payment rates to 1,231 hospitals based on two-dozen quality measurements, including surveys of patient satisfaction and – for the first time – death rates. Another 1,451 hospitals are being paid less for each Medicare patient they treat.”

Rau dug into the data to explain that for about half of the hospitals, the changes in payment are negligible at one-fifth of 1 percent of what Medicare would pay otherwise. He also cited two examples of hospitals getting significant changes in payment:

Gallup Indian Medical Center in New Mexico, a federal government hospital on the border of the Navajo Reservation, will be paid 1.14 percent less for each patient. Arkansas Heart Hospital in Little Rock, a physician-owned hospital that only handles cardiovascular cases, will get the largest bonus, 0.88 percent.

In Modern Healthcare Maureen McKinney reported, “Payment adjustments, up or down as much as 1.25%, are based on hospitals’ performance across two dozen measures of clinical processes; patient satisfaction; and outcomes, including use of preoperative antibiotics, doctor-patient communication, and mortality rates. Launched in October 2012, the program marked the agency’s first large-scale move toward reimbursing hospitals for quality, marking a shift from pay-for-reporting initiatives, such as the Hospital Inpatient Quality Reporting Program.”

CMS funds the program by withholding 1.25 percent of payments from its inpatient prospective payment system, according to Bob Herman at Becker’s Hospital Review. In fiscal 2014, this amount totaled $1.1 billion, which would be available to hospitals based on how well they perform on CMS’ quality measures, such as treatment of patients who have had a heart attack or congestive heart failure or on patient satisfaction scores, he wrote.

Assessing the second year of the program, Conway was upbeat. “The fact that not every higher performing hospital last year made the grade this year, and not every lower performing hospital last year will see payment decline this year, means that hospitals are adjusting to the new world of value-based payment. It also may mean that the important addition of 30-day mortality measures for heart attack, heart failure, and pneumonia had an impact on hospitals’ scores.”

Reporters who want to look at how hospitals in their area did can download this spreadsheet that lists the hospitals and the rate adjustment for each. The final column of the spreadsheet – “Actual FY 2014 Hospital VBP Adjustment Factor” – is the number CMS will use as a multiplier for Medicare payments to cover a patient’s stay. Some hospitals don’t have a number in that column because the hospital lacked enough cases for Medicare to evaluate.