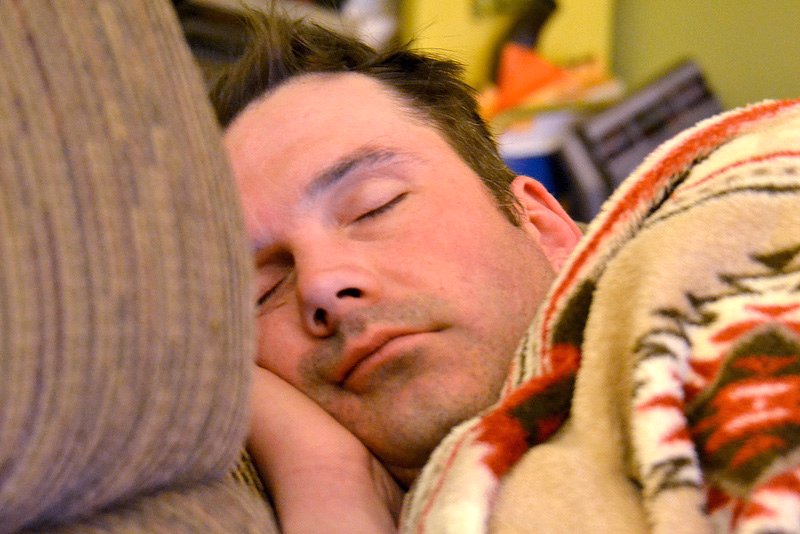 How much and how well older adults sleep may be associated with Alzheimer’s disease, according to a study published in JAMA Neurology this week. Researchers from The Johns Hopkins Bloomberg School of Public Health found that buildup of ß-Amyloid plaques — one of the hallmarks of the disease — was greater in people who reported sleep disturbances and who slept for fewer hours than those who got at least seven hours of Z’s with good sleep quality.

Fluctuations in ß-Amyloid levels may be regulated by sleep-wake patterns according to the report’s authors. Investigators looked at data from 70 adults (average age 76 years) in the Baltimore Longitudinal Study of Aging. Plaque buildup was measured by imaging of the brain.

According to the National Institute on Aging, as many as 5.1 million Americans may have the disease. First symptoms usually appear after age 60, but it’s likely that damage to the brain starts a decade or more before problems are evident. Previous studies have linked disturbed sleep to cognitive impairment in older people.

“These findings are important in part because sleep disturbances can be treated in older people. To the degree that poor sleep promotes the development of Alzheimer’s disease, treatments for poor sleep or efforts to maintain healthy sleep patterns may help prevent or slow the progression of Alzheimer disease,” said Adam Spira, Ph.D., lead author of the study and an assistant professor with the Bloomberg School’s Department of Mental Health.

“These results could have significant public health implications as Alzheimer’s disease is the most common cause of dementia, and approximately half of older adults have insomnia symptoms,” he said.

The authors acknowledge their study design does not allow them to determine whether sleep disturbance precedes increased plaque deposits, so they cannot say that poor sleep causes Alzheimer’s.

The study concludes that “As evidence of this association accumulates, intervention trials will be needed to determine whether optimizing sleep can prevent or slow AD progression.”

Sleep disturbances, including sleep apnea, have been linked to worsening of heart disease, diabetes, and increased risk of mortality.