Joshua Wolfson is a reporter at the Casper (Wyo.) Star-Tribune. He is attending Health Journalism 2013 on an AHCJ-Rural Health Journalism Fellowship, which is supported by the Leona M. & Harry B. Helmsley Charitable Trust.

View all posts by Josh Wolfson → 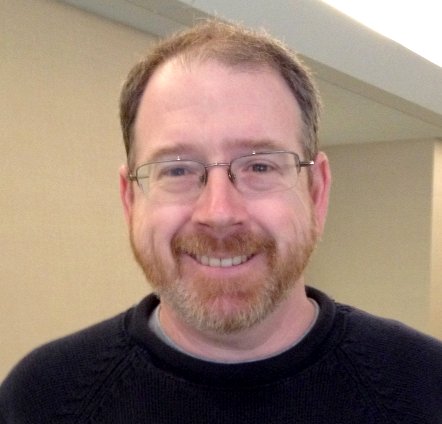 What is the most pressing health issue in your community?
The rejection of Medicaid expansion in North Carolina is going to be one of the biggest discussions going forward and how that affects providers in the area, as well as coverage, when the mandate comes out. I’m going to be really interested to see how that happens.

What brought you to the conference?
A colleague of mine … is a member. She had spoken well about the association. And as I was looking for developmental things to do this year, I happened upon a description of the conference and was really intrigued by the idea of coming together to hear conversations about things that I edit and work with daily. And being able to understand that more deeply was really attractive.

What’s been your favorite panel at the conference so far?
The session on coverage of end­-of­-life issues was really good. When I first started working with editing some news about end­-of-life care, I thought that was going to be a real downer. And it turns out that it’s a little more uplifting and life affirming than I’d thought.

Why?So much of the coverage is about personal stories. About narratives and times in people’s lives that can be pretty high stakes and pretty grief stricken, but also, it just gets at people’s lives and what their values are in a very deep way that is truly very interesting.

Anything you’ve heard at the conference that you’ve been taken aback by?
One of the speakers in the stem cell session said something that struck me. His idea was that all research in the end is translational research. You don’t know what is going to help someone in the clinical setting and you can’t really limit what that might be beforehand. I thought that was very insightful.

Doing any sightseeing?
I’m about to steal away and go do the (Freedom) Trail tour of history.

Joshua Wolfson is a reporter at the Casper (Wyo.) Star-Tribune. He is attending Health Journalism 2013 on an AHCJ-Rural Health Journalism Fellowship, which is supported by the Leona M. & Harry B. Helmsley Charitable Trust.