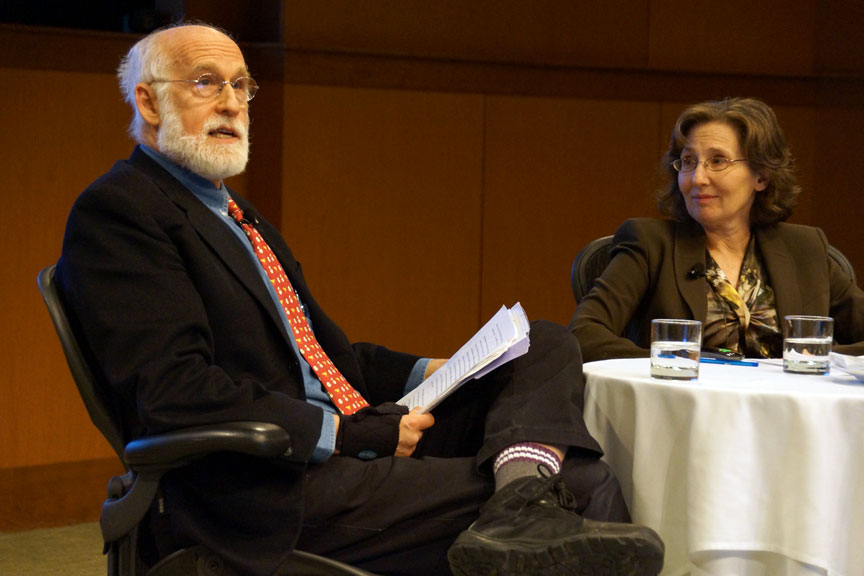 Oncologist Jerome Groopman and endocrinologist Pamela Hartzband both attended Ivy League medical schools. He went to Columbia. She went to Harvard. They both spent their residencies at Massachusetts General. They’re both Jewish. And they’re husband and wife.

But ask them their opinion on a particular medical treatment and you’re likely to get the opposite advice.

Why? Because they have different “medical minds.”

In fact we all do, according to a book they co-wrote called, “Your Medical Mind: How to Decide What’s Right For You.”

Groopman and Hartzband told attendees of Health Journalism 2013 on Thursday night that the way we think about medicine – and the way statistics are presented – can mislead both patients and doctors. And that’s especially true today, they say, with so much conflicting medical news in print, on the air and online.

Take, for instance, the dueling headlines they put up on the conference screen: one from The New York Times about a study that suggested extra vitamin D is not necessary; the other from The Wall Street Journal, quoting a panel of experts who advised tripling vitamin D intake. Both appeared on the same day.

And it doesn’t stop there. Think about the controversies that underscore such issues as prostate cancer treatment, mammograms and whether otherwise healthy people should take cholesterol-lowering drugs to stave off heart disease.

In a world full of medical disagreement, what’s a patient to do?

Groopman said none of the standard measures to guide patient decision-making he and Hartzband found in textbooks provided much help.

“We decided to listen to patients,” Groopman said. So they began talking to people with different medical problems and backgrounds all around the country.

This field research uncovered biases and points of view, the couple says, that can help you know your medical mind.

To learn yours, you need to ask yourself:

Are you a maximalist or a minimalist? When it comes to medical intervention, are you the kind who wants your doctor to do everything possible to treat your illness? If so, you’re a maximalist. If you believe less is more, then you’re a minimalist.

Are you a believer or a doubter? Do you trust and strictly adhere to the latest medical advice? Or do you tend to question it?

Are you at technologist or a naturalist? Do you seek the latest medical technology, or do you embrace natural healing? 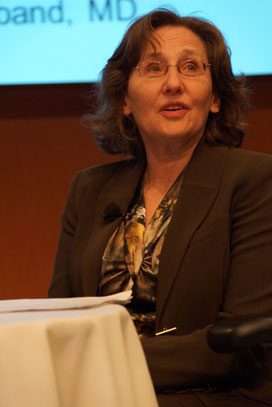 Groopman and Hartzband shared their own medical mindsets. He’s a maximalist and a believer, who opts for the latest technology. She’s a minimalist and doubter who prefers natural approaches to healing. The differences help explain why asking them their medical opinion about a treatment can result in opposing advice.   “When you understand why experts disagree you will be able to make better choices for yourself,” Hartzband said.   The couple went on to explain that when patients understand the concept of these mindsets, they’re better able personalize rates of risk and other statistics required for quality decision-making about medical treatments.   What’s more, Groopman says, patients who know their medical mindset are also better able to contextualize the stories they hear about others who’ve sought a particular treatment, which is another key factor most individuals consider when making medical decisions.   And that’s where journalists come in.   “The power that you have (as health journalists) is much greater than the power we have as physicians,” he said, adding that a majority of his patients get their medical information from newspapers, radio, television and the Internet.   Groopman said that by sharing patient stories with readers, listeners and viewers, health reporters play an important role in helping people refine their medical decision-making in a world where so many experts disagree.   “You have to be careful of anecdotes,” he said,  “but stories can be extremely value to give us a concrete, palpable sense of what life might be like with a certain medical condition.”