Tinker Ready is a freelance health and science writer based in Cambridge, Massachusetts. She blogs at Boston Health News and Nature Boston. She is a member of the local planning committee for Health Journalism 2013.

View all posts by Tinker Ready → 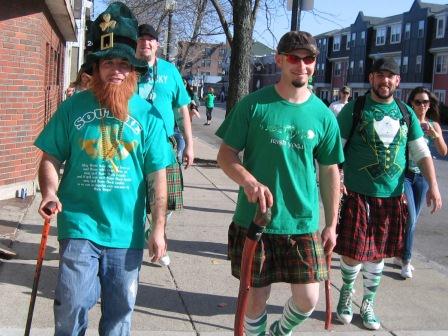 You don’t have to wander too far in Boston to find a bit of Irish. The place is still full of Foleys, Sheas, Dooleys, Doyles, McGreevys and Murphys – to name of just a few of the 222 Irish pubs that come up on a Yelp search.

The Seaport area hosts two – including one in the lobby of the Westin. Like much of the neighborhood, they are new. So, expect a little pre-fab ambiance with your Guinness. For the real thing, or closer too it, you’ll have to wander a bit. The MBTA Red line out of South Station runs to Cambridge’s Central Square – home to The Field, The Phoenix Landing  and The Plough and Stars – or on to Davis Square to The Burren. (See the film “Next Stop Wonderland” for a preview of that pub.)

Or, wander down D Street to Southie to get to the heart of Irish Boston. Once famous as the flashpoint of the Boston busing battles, South Boston is now a mixed neighborhood of townies and young professionals. They apparently get along so well that a new reality show failed to deliver on its promise of full-out class warfare. 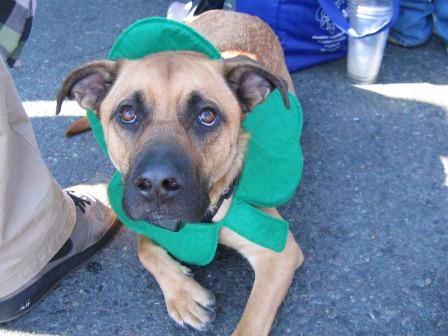 Southie hosts Boston’s big parade and, this year, it happens on St. Patrick’s Day. If you don’t mind huge crowds and loud, beer-soaked, emerald-clad revelers, it’s the place to be. If you do, you can still go and head for one of the family-friendly zones set up by parade organizers. They offer a history of the event on their website; the Globe offers an unsanitized version. If, after reading that, you want to skip the main event, you can still go to the Peace Parade, a separate march that offers refuge to the gay Irish contingent, which was banished from main parade.

For a less rowdy event, the legendary Durgin Park is serving up corned beef and cabbage and along with its usual New England fare.  And The Black Rose – an Irish pub around the corner – is the real deal. Or get rowdy all over again in punk rock bagpipes way by scalping a ticket to the Dropkick Murphys annual St. Patrick’s Day stand at the Hard Rock Café. Yankee fans be warned – it’s across the street from Fenway Park. Finally, if you are looking for a leprechaun who can shoot baskets while doing a flip, the Celtics are in town on Saturday night.

Tinker Ready is a freelance health and science writer based in Cambridge, Massachusetts. She blogs at Boston Health News and Nature Boston. She is a member of the local planning committee for Health Journalism 2013.