More than 200 patients had to be evacuated from New York University’s Langone Medical Center last night when backup generators failed during the storm known as Sandy. 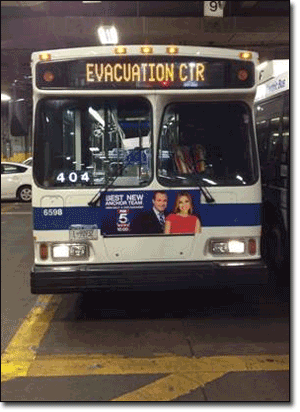 There are plenty of questions to be answered about how and why this happened and reporters will certainly be on top of that.

But reporters around the country should be looking into disaster planning locally. You might examine local hospitals’ disaster plans. Have they really planned for every contingency? How often do they perform drills to practice and evaluate their evacuation plans? Certainly there are things no one can plan for, but it’s worth evaluating disaster plans and talking to local hospital administrators and officials about what is expected in your area.

We’ve gathered some resources to help get you started. First, two blog posts about the response when a tornado hit a hospital in Joplin, Mo.:

In 2010, the Agency for Healthcare Research and Quality produced a “Hospital Evacuation Decision Guide” and a “Hospital Assessment and Recovery Guide,” intended to “help organize the initial assessment of a hospital upon return after an evacuation/closure due to an emergency event.”

The decision guide draws upon lessons learned from the Northridge, Calif., earthquake of 1994; the Three Mile Island nuclear reactor incident of 1979; and Hurricanes Katrina and Rita in 2005. A self-assessment worksheet in the guide may help reporters better evaluate and understand infrastructure issues that affect a decision to evacuate. Another AHRQ document, “Mass Medical Care with Scarce Resources,” outlines issues surrounding non-hospital-based alternative care sites, including decisions that will need to be made regarding these sites during mass casualty event.

The American Hospital Association has a document on its website, “Performing Emergency Evacuations,” that outlines five stages of evacuation, job duties during an evacuation, performing evacuation drills and a matrix to help develop a plan.

Here are additional resources that may be of interest:

AHCJ President and ProPublica reporter Charles Ornstein used Storify to look at how the NYU story played out. He points out that “This isn’t the first time hospital generators have failed at a NYC hospital in an emergency. Obviously much more needs to be written on this.” UPDATE: Ornstein wrote about the failure of hospital generators, detailing a history of the problem and what the rules are for back-up generators.