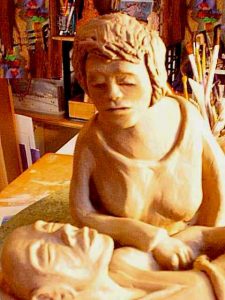 The result is what Kaiser Health News Executive Editor Elisabeth Rosenthal calls “DIY hospice care:” It is not an issue that has received much attention, but a recent investigation by KHN reporters JoNel Aleccia and Melissa Bailey found that it happens more frequently than many suspect. END_OF_DOCUMENT_TOKEN_TO_BE_REPLACED

A well-known, prominent California physician. Allegations of a suspicious death. Family feuds. A recovering addict and possible affair. Elder abuse. A controversial investigation by the coroner.

While it may sound like a made-for-TV movie or the latest John Grisham novel, this life-and-death true story took journalist Charles Piller more than 10 months to investigate. Not only did Piller track and verify conflicting accounts of Jerome Lackner’s final months, but he also had to somehow navigate privacy roadblocks thrown up by hospitals, providers, the hospice facility and lawyers.

In this fascinating “How I did it,” Piller describes his five-part Sacramento Bee investigative series that may raise as many questions as it answers. He explains his efforts to answer basic questions about the roles and responsibilities of caregivers, hospitals, and hospices, and how he had to unravel a web of finger pointing by family, ex-spouses, friends and health professionals.

Without seeming to take sides, how does a reporter sift through mounds of conflicting evidence to create an engaging and coherent narrative? How can you track down reluctant key players in such a saga? How do you separate fact from fiction when family members accuse caregivers of indifference, neglect – or worse? Read about how Piller did it when investigating the death of Dr. Jerome Lackner.

Health journalists have a rare chance to get support for work on an in-depth reporting project related to the U.S. health care system.

The AHCJ Reporting Fellowships on Health Care Performance offer financial support as well as training and personalized guidance from experienced journalists as they delve into subjects that affect local and national health outcomes.

Past projects have included: END_OF_DOCUMENT_TOKEN_TO_BE_REPLACED

As part of the ongoing Milwaukee Journal Sentinel and MedPage Today series “Side Effects” John Fauber and Ellen Gabler “examined 20 clinical practice guidelines for conditions treated by the 25 top-selling drugs in the United States” and unearthed yet another tactic by which “pharmaceutical companies, with billions in sales at stake, exert a powerful but often unrecognized influence over the practice of American medicine.”

Issued by leading medical associations and government institutions, treatment guidelines are supposed to be based on rigorous science. But the committees that write them have been dominated by doctors who have worked as paid speakers, consultants or advisers for companies selling the recommended drugs.

In their investigation, the duo found:

For extensive anecdotes and examples, dig into the full piece.

A while back, Sen. Charles Grassley wrote to state health officials, asking for lists of top Medicaid prescribers of certain drugs. When her state released its, Lisa Chedekel of the Connecticut Health Investigative Team took it and ran with it, using all manner of public data to assemble a portrait of Connecticut’s prolific prescribers and the conflicts of interest that may drive them.

Speaking of conflicts of interest, Chedekel found that 43 of the 108 high prescribers (some broke into the top 10 for multiple drugs) earned money, meals or other benefits from the very companies whose drugs they were subscribing in such large quantities. She profiles a number of these physicians, but my personal favorite is one whose records show a curious correlation:

Dr. Kathleen Degen of Norwich was not among the top prescribers of Eli Lilly’s Zyprexa in 2008, but was the seventh-highest prescriber in 2009 (with 255 prescriptions), when Eli Lilly paid her $24,950 in speaking fees. Her prescribing fell off slightly in 2010, and she received $5,291 from Eli Lilly for speaking and travel. She disappeared from the high prescriber list in 2011 and received just $16 in meals from Eli Lilly, records show.

To better understand the problems that could arise from situations like these, Chedekel talked with academics, as well as a number of physicians named in the story. She also took a look at the drugs themselves, many of which Grassley had selected due to their controversial nature. The piece is a blueprint for reporting state-by-state on similar lists. The story also aired on Fox Connecticut.