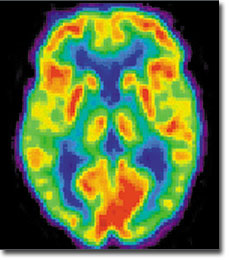 Recently, an editor sent me a study to cover on concussions in teenagers. At least, that’s what we thought the research was about, based on the title of its press release: “Teenagers who have had a concussion also have higher rates of suicide attempts.”

And I was excited to cover the study. Like gut bacteria and anything to do with chocolate or coffee or stem cells, concussion is a hot topic right now. That’s partly because brain scientists are just beginning to understand the lasting impacts of these sometimes subtle but probably cumulative injuries.

And they affect everybody from pro athletes to pee wee football players. So when parents and coaches see the word “concussion,” their thoughts rightfully turn to young athletes. About half of concussions in kids ages 8 to 19 are sports-related, according to a nationwide study of concussions published in 2010 in the journal Pediatrics.

The press release said the study found that kids who have had concussions were not only more likely to try to commit suicide, but to engage in other sorts of high-risk behaviors like taking drugs, stealing cars, setting fires and bullying.

The message here is that a kid who gets hit in the head too many times – presumably playing sports – might turn to drug abuse, self-injury and other sorts of criminal behaviors.  And that’s the way it was covered in the press. END_OF_DOCUMENT_TOKEN_TO_BE_REPLACED

For the Columbia Journalism Review, Brent Cunningham talked to The New York Times‘ Alan Schwarz about his work as the nation’s leading (and probably only) full-time football head injury reporter. Schwarz, whose work covering concussions brought him to the Times in 2007, talks about how he got started on the beat and how his work has impacted the sport as a whole.

It’s all interesting stuff, especially when he discusses how his background in mathematics has helped him report on sports injuries and medicine, but the real payoff comes when Cunningham finally  gets Schwarz to divulge his personal stance on concussions in youth football. It’s a crystallization of all Schwarz has learned, as well as a delicate balancing act between his personal and professional ethics.

CJR: Let’s assume for a minute that your son, who you said is three years old, is actually ten years old and he is clamoring to play Pop Warner football. Would the fact that you would then have to decide disqualify you from covering the story?

Schwarz: No, it wouldn’t disqualify me, though of course that’s up to my editors. But there is something about working here—and I’m not saying we’re better than everyone else, blah, blah, blah—but there is something that really inspires you to do the right thing, and to do the thing that helps you to cultivate the trust that allows readers to take you seriously. So I would probably let him play because if I didn’t it would compromise the reporting. It would compromise the trust that others and even the league may have in me. Now, I would not send him out to slaughter, but getting one concussion is not that big of a deal—it just isn’t. And to suggest otherwise is incredibly irresponsible. So if my kid gets one concussion then yeah, he doesn’t play anymore probably. But to not allow him on the field is, frankly, an overreaction. And if I didn’t allow him to play then yeah, it would be harder to cover the story, if only in my own mind. I believe that the cost to others of my not being able to cover this story as well would be greater than the cost of my kid getting one concussion and never playing again. I’m a very mathematical guy. I follow certain precepts. And those are the things that make sense to me. And I can’t tell my kid he can’t play, because then what am I going to tell the league? What am I going to tell my editors? It doesn’t work. It’s dissonant.