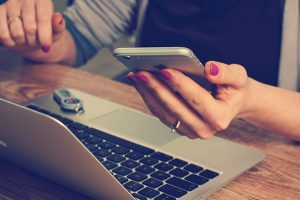 Just before the Thanksgiving holiday, the Federal Communications Commission released its plan to gut net neutrality, also known as the equal flow and access to all content and services on the Internet.

Calling it a “light-touch regulatory framework,” FCC Chairman Ajit Pai wrote in a Wall Street Journal editorial on Nov. 21 that the proposed changes would undo Obama-era rules that regulated the Internet “like a 1930s utility.” END_OF_DOCUMENT_TOKEN_TO_BE_REPLACED 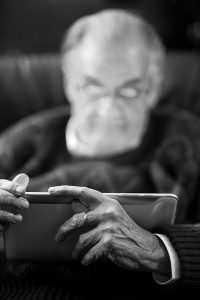 The Federal Communications Commission (FCC) last week voted 3-2 along party lines to scale back Lifeline, a program that helps about 12.5 million low-income people pay for Internet or phone access.

Lifeline was created in 1985 to help low-income and many rural households to access communication services such as telephone and eventually mobile service. Under the Obama Administration, the FCC in 2016 expanded Lifeline to include broadband access. Eligible households receive a $9.25 monthly subsidy to defray the cost of phone or Internet service. END_OF_DOCUMENT_TOKEN_TO_BE_REPLACED 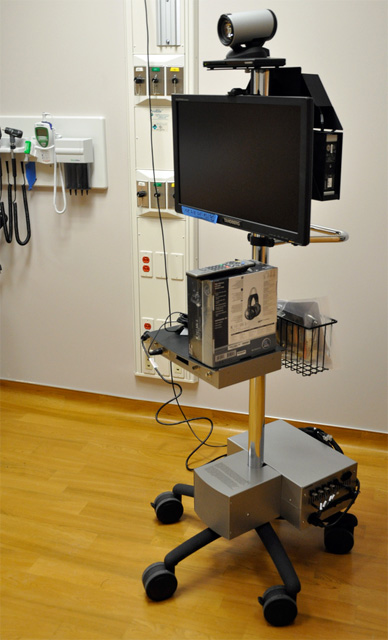 Back in January, the FCC announced $400 million in funding for creating and expanding rural broadband networks to support telemedicine in medically underserved regions.

Their HealthCare Connect program links urban medical centers and rural clinics, providing real-time consults with immediate access to a patient’s electronic medical records. Since adults 65 and older comprise roughly 14.4 percent of rural residents, this would appear to be an ideal use of technology to contain costs, facilitate care and improve preventive services.

However, last month, the U.S. Office of Management and Budget reclassified Metropolitan Statistical area delineations and moving 97 counties from rural to metropolitan designation. That eliminates Medicare reimbursement for telemedicine services in those areas. Yet just the day before, these same seniors were eligible, avoiding long-distance travel for consults or even basic health check ups. END_OF_DOCUMENT_TOKEN_TO_BE_REPLACED

An FCC working group led by Steven Waldman (formerly of U.S. News & World Report and Beliefnet.com, among other things) has unleashed its behemoth report on American journalism, titled “The Information Needs of Communities: The changing media landscape in a broadband age.”

The full report runs 365 pages (475 if you count footnotes) and addresses the current failures and future path of journalism in these United States. If you don’t have a few hundred hours to spare, you can get the highlights from the executive summary.

While the authors do refer to health journalism throughout the work, they specifically address the beat on pages 49 and 50, where they quote from the 2009 Kaiser Family Foundation report “The State of Health Journalism in the U.S., ” (PDF) which was partially based on a survey of AHCJ members.

The report dwells on the health care stories that go unreported due to lack of resources, though it does cite one bright spot, namely Kaiser Health News and all the local health-focused nonprofit outlets that have sprung up in recent years.

As regular readers might expect and Gary Schwitzer, author of the 2009 report, addresses in depth on his blog, local television health news was singled out for special criticism, both for its lack of focus on truly local stories and the increasing reliance on pay-for-play or similarly fishy arrangements with local medical outlets, like when “a hospital in Ohio paid local TV stations $100,000 or more to air ‘medical breakthrough’ segments that benefited the hospital.”

Pay-for-play arrangements with the health care industry have prompted an outcry from journalists in the field. The Association of Health Care Journalists and the Society for Professional Journalists issued a joint statement urging local broadcast stations to avoid arrangements that improperly influence health coverage. The statement said that even if such deals are disclosed, handing over editorial decision making to hospitals violates the principles of ethical journalism and betrays the public trust.

At the same time, health news remains important to advertisers. As the report’s authors write, “Certain topics are so attractive to advertisers that websites that focus on them can fetch even higher rates. This is especially true for health and financial content, which is why a disproportionate number of the successful content websites have been in those sectors (e.g., WebMD, Everyday Health, CBS MarketWatch, the Motley Fool).”

The report also offers a more general take on the possible future of journalism in this country, one which doesn’t leave much room for the public sector. According to CJR’s Joel Meares, when it comes to correcting the issues facing the industry, “the theme seems to be to hold a steady course, loosen up the system, put a lot of information online, and hope foundations are willing to do some hard work.” Alongside that assessment, Meares also offers a functional summary of the concrete ideas contained in the report. He also offers a reaction roundup, as well as a quick sidebar on public broadcasting.

Over at ReportingOnHealth.org, Barbara Feder Ostrov gives a personal testament to the trend of laying off health reporters and not replacing them. As she says, “the health beat is simply added to the daily responsibilities of other reporters who may be covering education, science, the environment or local government.”

The Federal Communications Commission will release a report next month outlining a national broadband plan that is expected to include measures for promoting and facilitating the use of mobile devices in health care, Mary Mosquera of Goverment Health IT reports. The plan was mandated as part of the stimulus package.

The FCC plan will describe “where government has a role to reduce some of the hurdles to these technologies both in connectivity and to promote innovation in applications,” said Dr. Mohit Kaushal, digital healthcare director of the FCC’s Omnibus Broadband Initiative.

The American Recovery and Reinvestment Act called for the FCC to develop a plan for establishing broadband connections to the Internet as a way to spur business development, job creation and improvements in healthcare.

To demonstrate a few possible uses of such technology, Mosquera also talks to organizations, hospitals and doctors who are taking advantage of current resources.