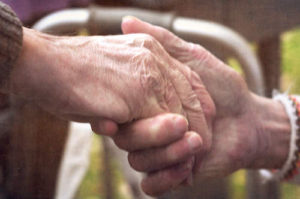 In both negotiations, the employers will be seeking better care and lower costs, as they do each year. END_OF_DOCUMENT_TOKEN_TO_BE_REPLACED

Brian Kalish posed this question in an article in Employee Benefit News on Sept. 24. Kalish was quoting Rodger Bayne, president of Benefit Indemnity Corp., of Towson, Md., who was a speaker at the Benefits Forum and Expo, a conference in New Orleans.

Not only are the exchanges advantageous for employees of small businesses, but they are attractive for similar reasons to large employers with part timers, particularly low-wage workers eligible for subsidies.

Grocery retailer Trader Joe’s said it will move part timers working fewer than 30 hours a week to private exchanges on Jan. 1 and give them $500 a year instead of the fairly generous benefit plan they have now, as Dave Jamieson reported in The Huffington Post. Sarah Kliff at The Washington Post’s WonkBlog explained that Trader Joe’s part timers might be better off in the exchanges if they qualify for subsidies under Obamacare. As Kliff has reported, employers do not get penalized if they do not provide health insurance coverage to employees working fewer than 30 hours a week. END_OF_DOCUMENT_TOKEN_TO_BE_REPLACED

The 34,000 patients whose data were studied were all “diagnosed with depression and treated with antidepressants.” Keep in mind that, in this context, STD refers to “short term disability” leave.

When compared to other chronic diseases’ effect on annual STD cost of patients, those associated with depressed individuals ($1,038 for patients with depression and $1,685 for the severely depressed) exceeded the STD costs for hypertension ($66), diabetes ($118), chronic obstructive pulmonary disease ($197), and rheumatoid arthritis ($851), based on estimates by a study by Carls et al. using the same data source standardized to the same year.

In terms of days lost, 18% of patients with depression used short-term disability leave, while only 7.2% of the matched control group took advantage of the leave. Depressed patients also took more than 30 absentee days, approximately four days more on average than among matched controls. Associated costs to these days off were also disparate, with $3,925 associated with depressed employees and $3,360 with the control group.

And, from the study’s abstract:

Health and Human Services Secretary Kathleen Sebelius announced the results of a study which found that, on average, Americans pay more than $3,700 per year for employer health coverage.

Sebelius set her agency’s reform-supporting agenda straight from the start, titling the report: “Hidden Costs of Health Care: Why Americans are Paying More but Getting Less.”