The young man, Jamycheal Mitchell, had both schizophrenia and bipolar disorder, and his death, Harki says, was “just appalling,” especially as Mitchell was supposed to have been transferred to a mental health care facility. That incident led Harki to wonder how often people like Mitchell met this fate in America’s jails. And from that, the “Jailed in Crisis” series was born. END_OF_DOCUMENT_TOKEN_TO_BE_REPLACED

Since the bills are not identical, the final legislation must first be negotiated in a conference committee. Not all the provisions will survive, although the final bill most likely will more closely resemble the Senate version, which includes repealing the Affordable Care Act’s individual mandate. END_OF_DOCUMENT_TOKEN_TO_BE_REPLACED 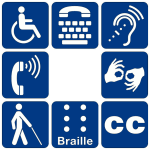 As I write this blog post, I’m scheduled to interview two individuals for a story based on a study about autism and its link to an increased risk of certain comorbidities. One person is an autistic adult, and the other is the parent of an adolescent diagnosed with an autism spectrum disorder.

At this point in my career, I have spoken with many autistic individuals and count several among my friends, but before I had known anyone on the autism spectrum, I likely would have felt a bit of initial uneasiness: Is there anything I should or shouldn’t say or do? Will they communicate in ways I am familiar with? Will they understand how I am trying to communicate? END_OF_DOCUMENT_TOKEN_TO_BE_REPLACED 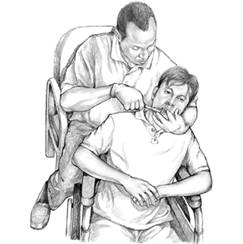 I recently had the chance to spend the morning with Malissa Savage, a community health worker dedicated to reaching people in need of dental care.

She works for Allegany Health Right, a nonprofit group with a mission to improve the lives of poor and uninsured adults living in a pocket of Appalachia that is located in the far western tip of the state of Maryland.

In the series Abused and Used, New York Times reporter Danny Hakim and a host of his colleagues have been investigating how public resources are used to treat developmentally disabled New Yorkers. The series is ongoing, but hit an inflection point with the publication of Hakim’s piece on the few-strings-attached use of very powerful drugs to treat some of the state’s most vulnerable adult residents.

Developmental disabilities, Hakim writes, often manifest themselves in ways that are easily mistaken for mental illness, and these misdiagnoses can lead to unnecessary or improper medication. “In fact,” Hakim writes, “developmentally disabled residents of group homes in New York are more likely to be given Ativan, an anti-anxiety drug that has a tranquilizing effect, than multivitamins, the records show.”

Hakim’s reporting is rich with both anecdotes and data. These paragraphs from the series will give you an idea of how he approached the issue.

Tens of thousands of powerful pills created to treat serious mental illnesses like schizophrenia are given to developmentally disabled people in the care of New York State every day.

…a review by The Times of previously unreleased records, as well as interviews with state employees, clinicians, family members and outside experts, reveals that the psychotropic medications, which alter the brain’s chemistry, are often dispensed sloppily, without rigorous or regular review, by general practitioners with little expertise in the area.

And low-level workers at state group homes are frequently given discretion to increase the medication “as needed,” despite their lack of significant training.

Psychologists who have worked inside the system describe a culture in which the drugs are used to control the disruptive behavior of the developmentally disabled — people with conditions like autism, Down syndrome and cerebral palsy — an approach increasingly discredited in the field.