Charles Piller is an investigative reporter for Science. He previously worked as an investigative journalist for STAT, the Los Angeles Times, and The Sacramento Bee, and has reported on basic and clinical research, public health, biological warfare, infectious disease outbreaks, and other topics from the United States, Africa, Asia, Europe, and Central America.

View all posts by Charles Piller → 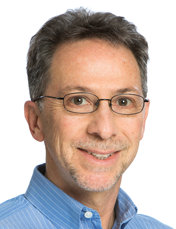 Alzheimer’s disease afflicts more than 6 million Americans. Yet since 1906, when Alois Alzheimer first saw characteristic sticky plaques in the brain of a deceased patient who had suffered from dementia, the search for a cure has seen failure after painful failure. That seemingly endless frustration was one reason my July investigation of suspect research into the cause of the disease and a questionable experimental drug to treat it became global news covered by hundreds of media outlets.

A tip connected me last December with a whistleblower — neuroscientist and physician Matthew Schrag — who had doubts about the research behind Simufilam — an investigational drug from Cassava Sciences. He found more than 170 seemingly doctored images and other possible data manipulations in studies related to the drug or other papers by Cassava-affiliated scientists.

Schrag had also started to explore the work of University of Minnesota researchers Sylvain Lesné and Karen Ashe, who in 2006 discovered Aβ*56 (“amyloid beta star 56”) — a toxic, soluble protein. Ashe described it as the first causal link between a particular substance and Alzheimer’s symptoms. Their breakthrough supported the amyloid hypothesis — the dominant idea that certain amyloid proteins form the sticky deposits and other toxic molecules that kill nerve cells and lead to devastating cognitive impairment. The Lesné-Ashe findings boosted faith in that hypothesis when it faced increasing skepticism and needed experimental validation.

Their seminal 2006 paper in Nature on Aβ*56 has been cited in the scientific literature about 2,300 times — the fourth most for any of the thousands of basic-research papers about Alzheimer’s since it was published.

I contacted Schrag just as he began to grasp that his findings could have far-reaching influence. If he was right, years of research and billions of dollars in research and development funding had been influenced by work with unreliable or false conclusions. Schrag found that Lesné appeared to have doctored key images in the Nature study and nine other papers supporting Aβ*56.

I realized that his findings posed a serious challenge to elements of the amyloid hypothesis and could create turmoil in the field. (That proved to be the case. Dozens of the field’s top leaders weighed in on the implications of my story within days of its publication.)

Here are some key reporting approaches I used:

I applied the minimum/maximum test: Simufilam had been partly reported by other media. At a minimum, I knew I could advance that story by describing Schrag’s entire dossier concerning questionable studies by Cassava-affiliated scientists. I also hoped to reveal Schrag’s identity as the whistleblower who reported those findings to the National Institutes of Health and other authorities. If the reporting panned out fully, I thought I could produce a blockbuster report questioning some key research assumptions in Alzheimer’s disease — well worth investing months of reporting, my editors reasoned.

I worked methodically to vet the whistleblower, the story’s lynchpin. Beyond verifying Schrag’s subject-matter expertise and reputation, I had to ensure that his findings, including 150 pages of image analysis, stood up to skeptical scrutiny. To do that, I reached out to numerous highly regarded Alzheimer’s experts — including supporters and doubters of the amyloid hypothesis — and to respected forensic image analysts. All found his findings well-supported and compelling.

To rely on unbiased sources, I paid close attention to conflicts of interest, including possible relationships between expert sources and the scientists whose work had been questioned. This included co-authorship of scientific papers, professional or business links, and shared patents. (A few reporters who covered my article used only conflicted, stalwart supporters of the amyloid hypothesis to criticize my findings. One story relied on a scientist who coauthored a tainted Lesné study described in my article without disclosing that blatant conflict.)

To make the story compelling to a wide audience, I wanted to show Schrag’s journey of discovery in a narrative investigation. I built a trusting relationship with him over several months, based in part on the open discussion of where our interests intersected and diverged. We agreed that telling the story partly through his eyes would make it more provocative, readable, and powerful. We also talked over the unique risks he faced by going public — including possible legal and social media attacks or harm to professional relationships essential to his career advancement. I said that I wouldn’t fault him for deciding to remain anonymous and tried to ensure that I didn’t subtly persuade him to reveal his identity. After months of consideration, he agreed to be named in my report. I then built the narrative arc around Schrag and his discoveries.

I worked hard to get people who are implicated in possible wrongdoing to tell their own stories. This included repeated efforts to interview anyone whose reputation might be harmed by Schrag’s findings. Most of those scientists, including Lesné and Ashe, refused to be interviewed. So, I sent them detailed questions that revealed the story’s main points concerning their work to ensure that they wouldn’t be surprised by the published story.

My Science colleagues and I created a step-by-step infographic illustrating elements of Schrag’s approach to identifying improperly altered scientific images. We saw it as key to bringing the technical descriptions in the story to life.

Here are a few other tips for this type of story:

Charles Piller is an investigative reporter for Science. He previously worked as an investigative journalist for STAT, the Los Angeles Times, and The Sacramento Bee, and has reported on basic and clinical research, public health, biological warfare, infectious disease outbreaks, and other topics from the United States, Africa, Asia, Europe, and Central America.