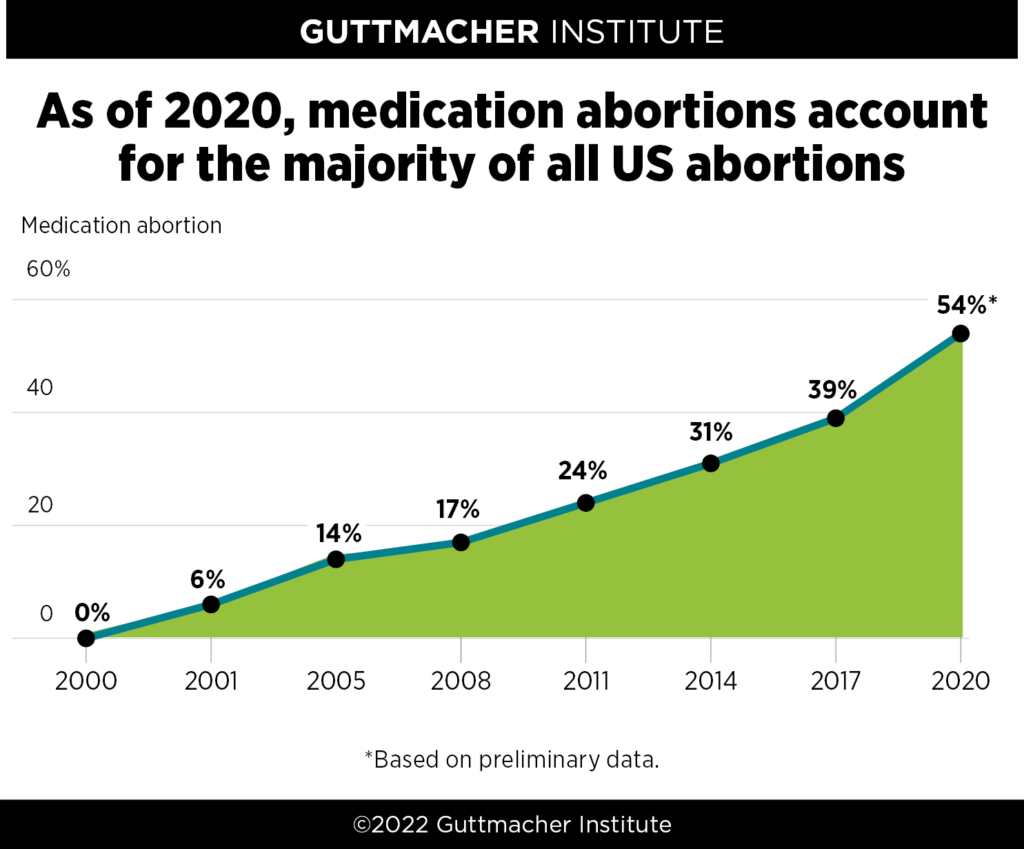 But there’s also “growing momentum in a handful of states” to protect abortion access and expand access for residents of states that ban or restrict it, according to Kaiser Family Foundation researchers. The expected state bans have spurred more interest in providing medication abortion via telehealth.

“It is not clear, however, if these clinicians would be subject to criminal or civil liability in the states that ban abortion or telehealth abortion should they dispense medication abortion pills to people living in states that either ban telehealth for medication abortion or ban all abortions,” Sobel, Salganicoff and Ramaswamy wrote. “Consequently, states seeking to protect abortion access are looking for ways to protect clinicians residing in their state from other states’ legal liability.”