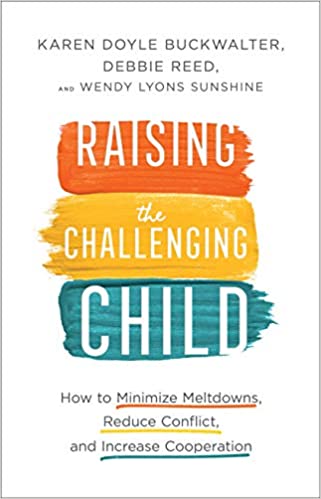 Wendy Lyons Sunshine is an award-winning writer, editor and collaborator based in Sarasota, Florida, whose byline is in scores of publications including Scientific American and Psychology Today.

Sunshine’s first book, “The Connected Child: Bring Hope and Healing to Your Adoptive Family” (McGraw-Hill), is an award-winner that she co-wrote with two child development experts that has since been translated into multiple languages.

Her most recent book, “Raising the Challenging Child: How to Minimize Meltdowns, Reduce Conflict, and Increase Cooperation (Revell),” is a five-star rated collaboration with leaders of a social services agency.

In this new “How I did It,” Sunshine shares her journey into book authorship and offers tips to journalists interested in collaborating with an expert on a book project. (The following Q&A has been edited for clarity and brevity.)

How did you come up with the idea for your first book, “The Connected Child: Bring Hope and Healing to Your Adoptive Family?”

I began freelancing for some local publications, and that’s how I met the first set of authors, Dr. Karyn Purvis and Dr. David Cross. I was assigned to cover the amazing work they were doing in the community, helping turn around really difficult cases with some adopted children who are struggling. By the end of the process, they felt I really understood them, and so they asked me if I would help them write a book to capture their message to share with more people than they could reach directly.

What was the next step? Did the three of you write a book proposal?

I wrote a book proposal with their input, and I found an agent. The agent took it out and we got a couple of offers, and it sold pretty fast. It really was pretty straightforward because they were serving an urgent need.

How did you find your agent for the first book?

There’s a website called Publishers Marketplace. You can subscribe for just a month at a time. It has a deals database and shows you which agents have just closed deals, and you can look around and see who has sold books akin to what you are hoping to sell.

Did the second book happen in the same way? Did you interview your co-authors for a feature article?

They approached me after the success of the first book. They were colleagues of my first authors; they knew them professionally. And so, it was just a process of working with them to refine their vision and crystallize how it was distinct and how to bring out their message and the practical aspects of it.

Full disclosure. You wanted to change agents and found one by networking at an AHCJ conference. We met there, and I connected you with a friend who is a literary agent.

It was an example of things just falling into your lap because I really hadn’t gone to the conference with that in mind. And if we hadn’t gotten into chatting, I might have had to do all kinds of legwork in other directions to find the right agent.

What advice can you give journalists about finding experts to collaborate with on a book?

I wish I could give a clear path because getting that first book is the hardest. If there is an expert you think is of interest for a book collaboration, perhaps the thing to do is pitch a feature on them somewhere and have the opportunity to interact with them and gauge whether there might be a viable partnership and book project. That said, it doesn’t have to be premeditated. Keep your eyes open as you do your feature writing. Or you could deliberately approach an expert to solicit collaboration.

Let me lay out some parameters for writers to consider:

Can journalists advertise that they are interested in ghostwriting?

I belong to ghostwriter collectives, so I get notified when opportunities arise. And there are things like Reedsy. I don’t even have enough credits to put my name up there. They require you to have five commercially published projects that you had a major role in producing. I don’t know the entire universe of options. There are freelance marketplaces like Upwork and Fiverr. But the thing that is quite clear is that it’s very hard to break into a new niche. Because my book credits are in child development, a lot of people assume that’s all I can do.

Let’s say you’ve joined forces with an expert and now you have to write the book proposal to send to agents. What resources would you suggest?

Oh, gosh, there are so many out there. I’m going look up at my bookshelf and see if there’s something that jumps to mind. There’s one called “The Art of the Book Proposal” by Eric Maisel. Sometimes you can find guidance on the website of a literary agent.

How do ghostwriters or co-writers get paid?

Once you find the people you want to collaborate with, be sure you get a collaboration agreement in writing before looking for literary representation. You don’t want to go through all the work of developing this project and then the agent decides that you’re not the writer for the project. If you have signed a collaboration agreement with the experts first, any agent is going to be taking you as a team; that gives you more security.

There are different ways to negotiate. You can do work-for-hire, where you get a flat fee, and you never get another cent. You can do a royalty arrangement, a fee with some advance against the royalties, and you can charge the experts a separate fee to write the book proposal.

Do you need a lawyer to help you craft that contract?

In your first book, I believe you arranged to get a share of the royalties.

I must say that I am very fortunate because that first book has just been a workhorse; it has sold over 300,000 copies at this point, and I continue to get royalties.