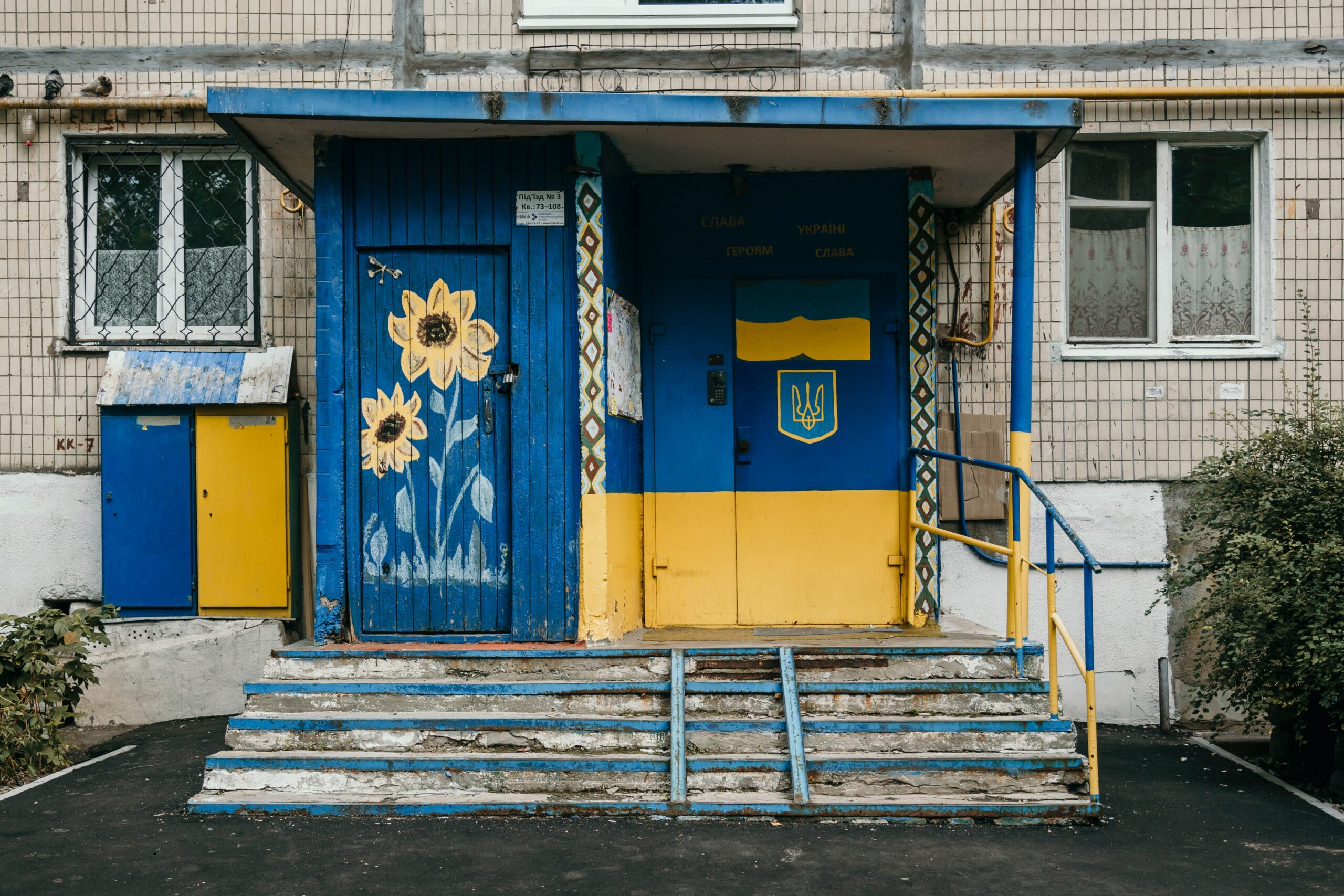 A building in Kiev, Ukraine with Ukranian flag  (Photo by Marjan Blan | @marjanblan on Unsplash)

Russia’s invasion of Ukraine has the potential for trickle-down impacts on U.S. hospitals in the form of cybersecurity attacks.

While there have been no specific cyber threats to the U.S. to date from the invasion, Russia’s attack on Ukraine — which has involved cyberattacks on Ukraine’s government and critical infrastructure organizations — may impact organizations beyond the region, the national Cybersecurity and Infrastructure Security Agency (CISA) said.

“Every organization — large and small — must be prepared to respond to disruptive cyber activity,” the agency said. Its Shields Up website includes a catalog of free services to help organizations reduce the likelihood of a damaging cyberattack and ensure they are well prepared if an intrusion occurs. It also contains suggestions for corporate leaders and CEOs and a guide to handle responses to ransomware attacks.

Journalists could find interesting stories by interviewing hospitals about what they are doing to protect their staff and patients, or cybersecurity firms on tips to implement.

The American Hospital Association warned its nearly 5,000 members to increase their defenses against potential Russian attacks and consider blocking internet traffic to and from Russia and Ukraine, John Riggi, the organization’s national adviser for cybersecurity and risk, told Politico.

“Our organizations are continuously being probed and scanned from Russia, China, Iran and North Korea thousands of times a day, literally, whether it’s a small critical access hospital or the largest systems,” he said in the news article.

Riggi will be a panelist at AHCJ’s upcoming Health Journalism conference in Austin, speaking about hospital ransomware attacks and what hospitals can do. The session will be held from 4:40-6:00 p.m. on Saturday, April 30.

“Whenever there is a conflict related to Russia, you should expect to see force applied on the cyber domain as well because it creates disorientation, lack of trust and fear,” Ariel Parnes, COO and co-founder of cybersecurity company Mitiga told the online publication TechRepublic.

The types of attacks that could occur across sectors such as health care include a distributed denial of service (DDoS) attack (where an attacker floods the server with internet traffic that prevents users from accessing services), phishing scams (such as emails that appear legitimate inducing users to click on a link or provide passwords or personal information), and activation of persistent malware, the article said.

There are many reasons why even small businesses could be threatened, according to an article in PC magazine. Ransomware attacks may increase as groups seek to offset losses from Russia’s damaged economy. Attackers may try to exploit weaknesses in health system security to gain sensitive information about patients or might try to compromise laptop computers of employees working remotely to gain access to hospital networks.

In response, three cybersecurity companies—CrowdStrike, Ping Identity, and Cloudflare —announced they are offering their services for free for a few months to organizations thought to be most at risk, including hospitals and electricity and water utilities companies, the Washington Post reported. CISA also offered recommendations for individuals given the current climate:

Meanwhile, in other cybersecurity news that could inform your reporting: